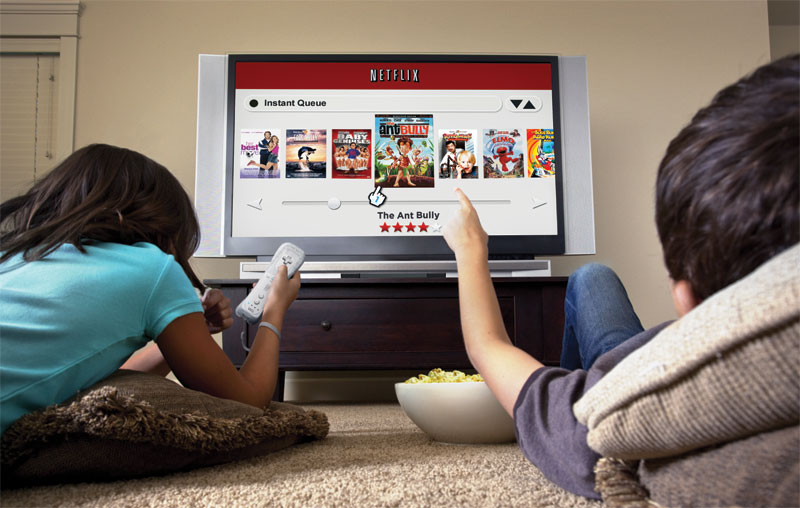 As a Wii owner, I’ve often been frustrated by the lack of DVD playback on the device. Even though I know and understand the reasoning behind the omission, it still seems like a missed opportunity. I mean, the controller looks like a TV remote.

Thankfully though, the situation was somewhat rectified last weekend when I received my Netflix streaming disc.

Since I got the disc, I’ve been having regular movie marathons in order to test it out. I got a large queue of Instant Watch movie all set up from my previously mentioned list, and I’ve basically been going to town. I’ve watched documentaries, action movies, romances, comedies, and even a few foreign films. After all this, I have to say I’m incredibly satisfied with the viewing experience. Admittedly, my TV screen isn’t very large (see: 11 inches), but I honestly can’t tell the difference between watching these digital streams and a regular DVD. Navigating both the menus and the playback options is equally superb. The Wii Remote feels like a natural interface in both cases and once again reminds me why DVD playback ought to have been included.

About my only complaint is that there’s no way to search for movies that may be available to watch instantly. The application itself gives suggestions based on genre, as well as your previous viewing habits, but this alone does not capture the potential movies I may want to watch. If I’m having a date night, for instance, and my girlfriend asks if Movie X is available, I have to start up my computer, check the Netflix website, and add it to my queue if it does happen to be available. It seems like a search function would be a simple addition, but I’m not holding my breath that it’ll show up.

On a slightly different note, I seem to remember reading some criticism concerning the lack on HiDef streaming on the Wii (because the console can’t support it). Well, considering that I’ve yet to come across a movie available to stream in HD, this really hasn’t been an issue.

I haven’t been a big user of Netflix Instant Watch features before, but I’m finding that the Wii streaming makes these options much more appealing. I’ll definitely be turning on my Wii a bit more frequently.