I’ve earned a very unique nickname around my office: my coworkers are starting to call me Jefflix.

Back in January, after many years of talking about it, I finally started a Netflix subscription. My primary  motivation was to finally get through my very long list of movies I’ve been meaning to watch. In these last few months, I’ve managed to make pretty good progress on whittling this substantial list down, but there have been a couple of unanticipated side-effects. First of all, I’m becoming much more attuned to my likes and dislikes (hint: I like action). Additionally, I come into work each day after watching another movie and proceed to talk the ears off of my coworkers with my thoughts. I’m the resident Roger Ebert.

This is not how I earned my nickname though. 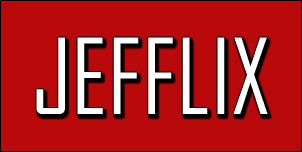 With all the movie conversations going on, inevitably I’ll bring up films that my coworkers haven’t seen, for example Anime movies. Although most of them have Netflix accounts of their own, I’m selfish and want them to watch the movies I talk about sooner rather than later, so I’ve started lending out the movies in my library. I’m doing this so frequently, that some of them are developing queues of their own with my movies. I’ve become a human-version of Netflix: Jefflix!