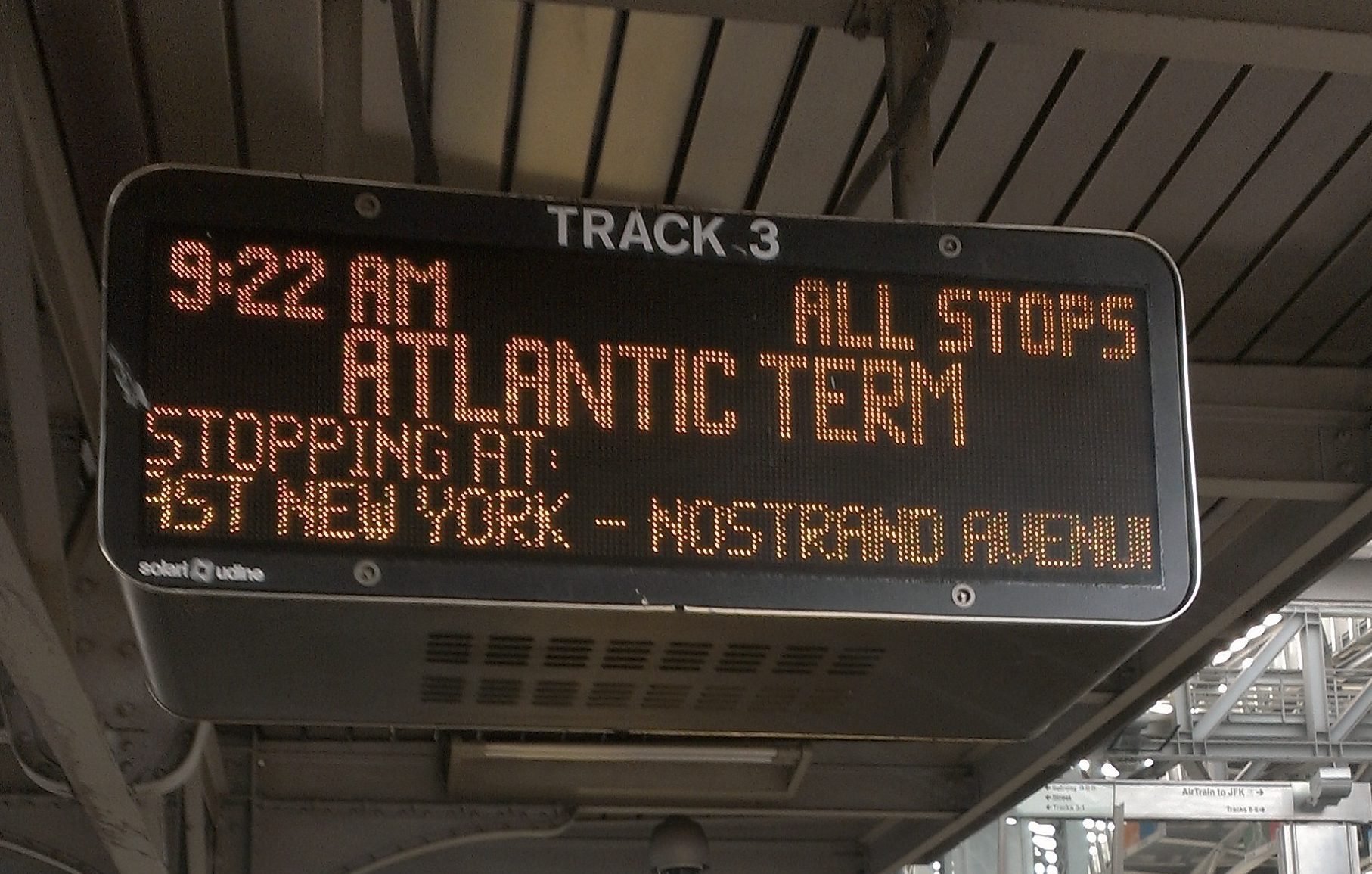 My first few hours in New York were rough. Actually, that’s like saying that the Atlantic Ocean is a bit damp: an understatement of the highest degree. Those hours sucked!

The problems started before I even got on the plane. My girlfriend, having lived in New York for almost two years, had the foresight to check the weekend subway schedule. Unbeknownst to me, the subway system apparently feels the need to switch things around on weekends, probably just to keep locals and tourists alike on their toes. Sure enough, there were some significant route alterations for the day I arrived, including one change in particular. You see, I needed to reach the subway from JFK Airport (specifically the A train) in order to reach Lisa’s place in Brooklyn, which on a normal day would be simple to reach using the airport’s tram system… so of course they decided to shut down that route on Saturday morning. No big deal though: my girlfriend planned out an alternate route for me, which had me use the Long Island Rail Road instead. It cost a little more, but it beat dealing with a bunch of shuttle buses on my first day, especially after a red eye flight that left me exhausted. Best of all, I could still use the JFK tram system to get there, since that section would not be closed that morning. Super simple, right?

As luck would have it, the tram broke down before it could reach the much sought after railroad station.

So me and a dozen or so dispossessed tram passengers all wandered downstairs to the main terminal lobby in search of some shuttle buses that we were promised (1) were actually coming and (2) would take us to Jamaica Station. We talked to the people outside in charge of shuttle buses, who all seemed incapable of grasping the concept that the airport tram was down, and were therefore unhelpful in our search for transportation. The woman at the front desk, similarly, had no idea that the tram was down, and continued to advise guests to use the airport tram. Continually, we were assured that shuttle buses were coming, and that we would be on our way shortly. After about 20 minutes of waiting, they finally admitted that no such buses existed, and that we were on our own. With seemingly no other options left, we all walked over the the taxi station (where once again, I was forced to argue with someone over the functionality of the airport tram (in this case, the cab driver)).

The $20 cab ride later, I finally arrived at the Long Island Rail Road station. I quickly grabbed my ticket and ran up the stair to the station platform… only to see that I’d run up the wrong flight of stairs and was therefore physically unable to board my train. By the time I ran back down and up the correct flight of stairs, all I could do was watch my train leave and wait a half hour for the next one.

A few minutes later, a young man around my age came up to me looking desperate and asked me if I could spare some money for a train ticket. He told me (1) that he was not, in fact, a bum and that (2) the train ticket he needed cost $11-something, and he only had a couple dollars on him. I had a $10 bill on me, so I gave it to him; I’m not sure I’ve seen such gratitude in someone’s eyes before. He thanked me profusely. I hoped to myself that maybe this small act of kindness would change my karma for the rest of the trip (hint: it did).

The rest of the trip to Lisa’s apartment was thankfully uneventful. I was afraid of getting mugged while walking around Brooklyn the first time, not because the area seemed particularly unsafe, but mostly because I felt like my suitcase was like dragging a big sign behind me that said “rob me.” No one did though.

By noon, I was well on my way to having an amazing week.