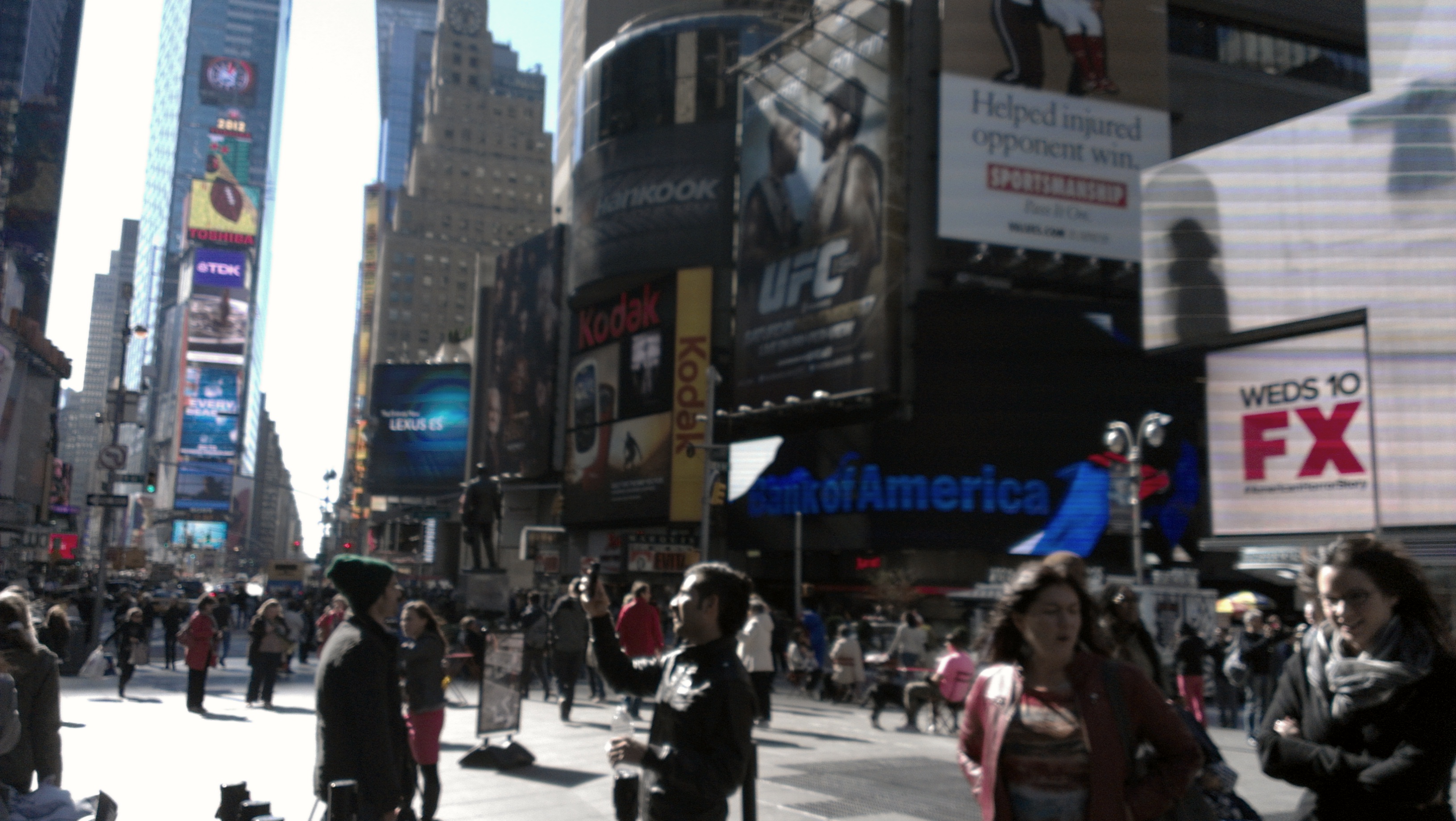 Despite that temultuous first morning in JFK Airport, I quickly fell in love with New York. My first days of exploring and sightseeing are easily some of my favorite moments from the trip.

Shortly after my arrival at Lisa’s apartment, we went down to a nearby coffee house for the caffeine infusion I desperately needed to face the rest of the day. I would have grabbed a cup of Starbucks at the airport, but unfortunately all the JetBlue terminal seems to serve is Dunkin Donuts. I know New Yorkers love it, but I honestly thought it was terrible (and I hardly think Starbucks is the greatest coffee on Earth). With my body reinvigorated with caffeine, Lisa and I headed over to Singularity & Co, a sci-fi and fantasy used-book store in DUMBO (or Down Under the Manhattan Bridge Overpass to its friends). We perused their shelves for perhaps 30 minutes before I was ready to leave, although not before I purchased an awesome vintage paperback copy of A Game of Thrones.

(As a side note: I’m not sure I’ll ever stop giggling about the DUMBO acronym. It amuses me so much.)

Sunday was my first real day of exploration. Lisa had other obligations, so I was left to wander around Brooklyn and Manhattan on my own. This of course meant lots of walking, but more importantly, it meant that I had to figure out New York’s extensive subway system, which is no small task. That however, deserves it’s own blog post…

I started off my day wandering around Brooklyn, heading towards Prospect Park and admiring the scenery along the way. It amazed me throughout the entirety of my trip just how different the city was set up compared to big cities of the West coast like LA and San Francisco. The scale of everthing is immense, with large stone- and brick-wrought buildings that dwarf anything shorter than 5 stories. Even Brooklyn, which isn’t even close to as vertical as its neighbor across the East River, changed my whole perspective on what a “big city” should be like.

I didn’t end up spending much time in Prospect Park once I got there; unfortunately there was a breast cancer walk being held at the park, which made exploring more than a little difficult. This seemed like as good an excuse as any to head over to Manhattan, which ultimately is where I spent most of my trip. Brooklyn is awesome – don’t get me wrong – but I couldn’t resist the instinct to be a tourist. And the best place to indulge those instincts was in Manhattan. 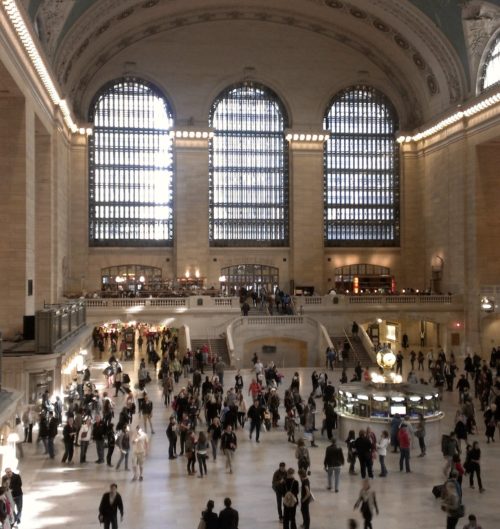 This first trip to Manhattan was unfortunately cut short by a dead smartphone battery, but not before I got to see Grand Central Terminal and Rockefeller Plaza. Of the many things I learned during my time in New York, one of the more important lessons was to conserve my smartphone’s battery. Especially in New York, I was using my phone frequently to navigate the subway, locate points of interest, and snap photos like the rest of the tourists. This meant things like Twitter and Instagram were activities best saved for back at Lisa’s apartment. The next day, I was much more efficient in planning my itinerary and judicious about using my smartphone.

Monday ended up being my shopping day, or at least Monday morning did. I immediately headed out to SoHo (which is South of Houston Street) because I wanted to hit a couple shops first thing in the morning. In particular, I wanted to buy a messenger bag from the Manhattan Portage store in SoHo, since I didn’t bring a small bag with me for my New York adventures. Unfortunately, the store was closed when I arrived after 10am, and wouldn’t be open for another hour. NBD, I thought, I’ll just head over to Muji, one of the other shops I wanted to visit. It too was closed until 11am. With over 30 minutes left to kill until both of these stores would open, I decide to continue heading South toward the Financial District and see a little more of the city.

I got down pretty far before I turned back towards SoHo, making it almost all the way to Ground Zero and the new Freedom Tower. Once again, the scale of this area was incredible. Outside of the Empire State Building, I’m not sure I saw any buildings during my trip that were as deserving of the “skyscraper” title as he ones in the Financial District…and that’s just the small ones! I eventually made it back to Muji, UniQlo, Manhattan Portage, and a variety of other stores in the area, but ultimately didn’t end up buying much. I didn’t even get the bag I came all the way to SoHo for, mostly because I knew that they were sold for half as much on their website. Slightly disappointed but less poor than I expected, I grabbed a subway train up towards Rockefeller Plaza. I spent the rest of the afternoon exploring Midtown, fighting crowds in Times Square, and falling in love with the incomparable Central Park.