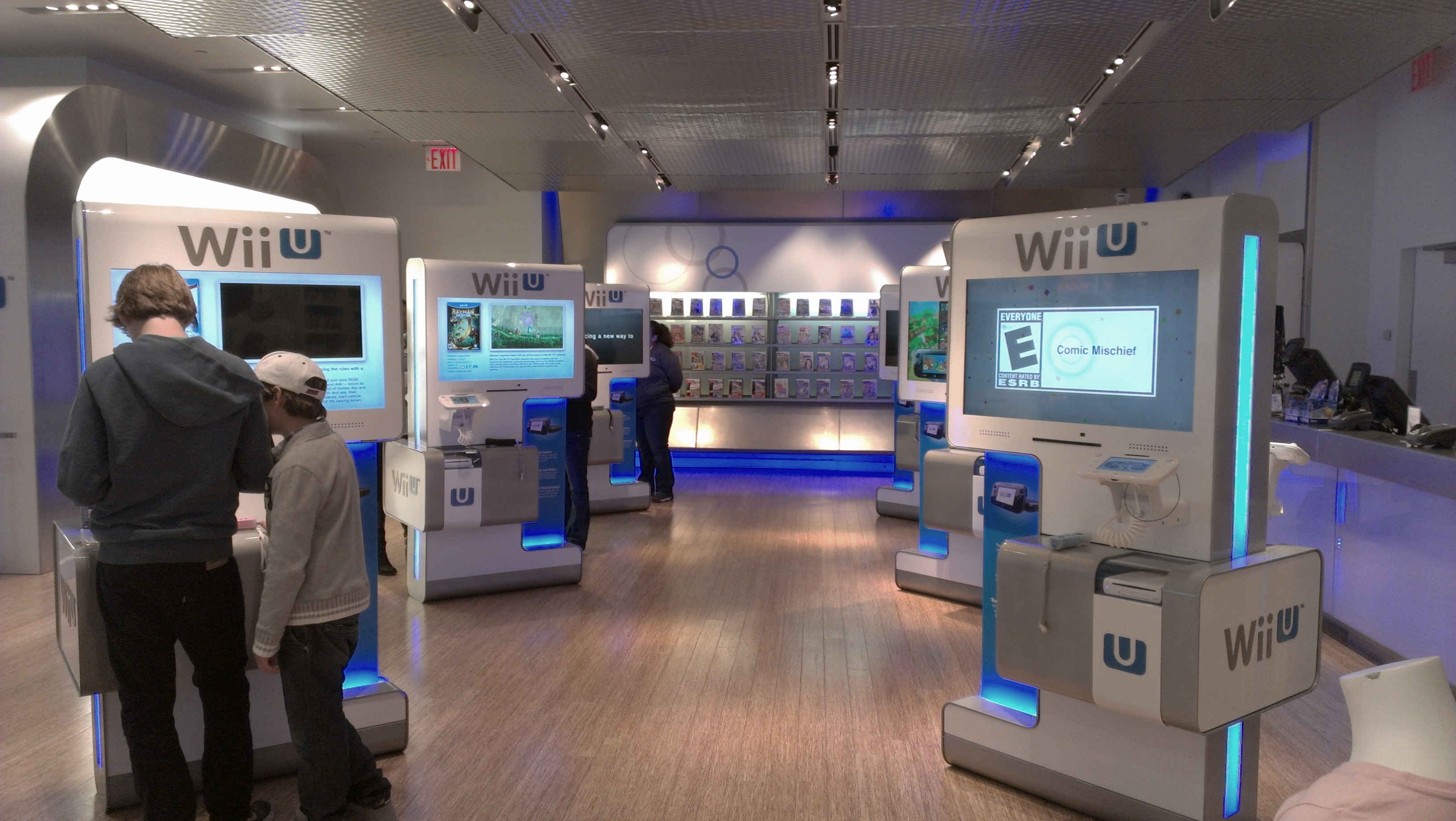 Some of the places I knew I wanted to see when I was in New York wasn’t what you’d expect. Of course I wanted to see the big attractions like the Empire State Building, Central Park, and Grand Central Terminal, but I had several other excursions planned that were decidedly nerdier. One in particular though had been on my itinerary for years:

I wanted to visit the Nintendo World store.

I was so anxious to see Nintendo’s flagship American store that I made it a priority on my 2nd day in New York. I quickly found it at Rockefeller Plaza, and with more than a little trepidation, I pushed the double doors open and entered what could only be described as my version of the Holy Land.

Nintendo World wasn’t exactly what I was expecting – I thought it would be larger for one thing – but it still had more than enough charm for the Nintendo geek in me. The bottom floor was entirely devoted the portable side of Nintendo gaming, which can be broken down into two categories: the 3DS and Pokemon. There may very well have been more Pokemon than 3DS on the floor, with plushies and merchandise filling the shelves to overflowing. I’d kind of forgotten how much consumerism is intimately tied with the franchise. I love me some Pokemon, but I’d much rather catch them all than buy them all.

The 2nd floor, however, was the real treat. Not only did the merchandise cater more to the other Nintendo franchises like Mario, Zelda, and Metroid, but they also had a little kiosk set up showing the history of Nintendo products, from their beginnings as a playing card company up through the NES and Game Boy era and finally reaching the modern day. They even had an original Game Boy that had been burnt and partially melted from an explosion during the Gulf War, and astoundingly it still worked. It was happily playing Tetris, completely unaware that by all rights it should have been broken and in a landfill somewhere. You’ve got to hand it to Nintendo: that original Game Boy, in all its bricky goodness, could sure take a beating. 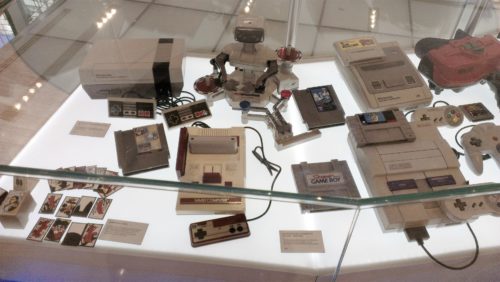 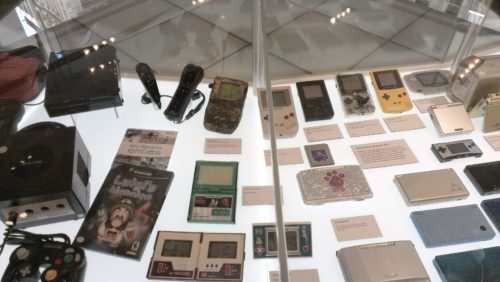 I wandered away from the Kiosk to the Wii demo stations… or should I say, WiiU demo stations. Much to my surprise and pleasure, Nintendo already had demo systems set up for their as yet unreleased WiiU console. I was completely shocked when I realized what I was seeing. A store clerk came up to me and asked if I’d like to try out the new system. I turned slowly towards her, utterly dumbfounded, and said “I think so.” She then asked if I wanted to play the new Super Mario game. I’m sure my eyes grew wide as I emphatically said yes. They set me up with a demo unit and in no time I was shooting fireballs and stomping Goombas like I was born to do it. By the time I was done, a grin was firmly plastered across my face: it’s impossible to play a Mario game these days and not have the time of your life.

Before I left for other adventures, I bought one of my few souvenirs from the entire trip: a Nintendo World t-shirt that I’ve since grown accustomed to wearing as a sleep shirt.

Although, I can’t say that the Nintendo World store was the wonderland of nerdery I envisioned, it was definitely well worth my visit.