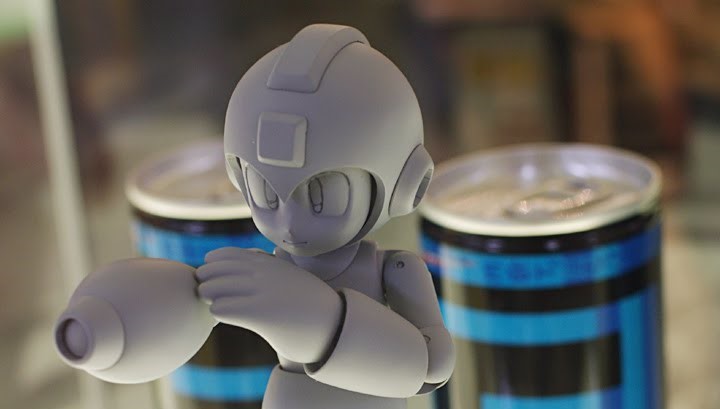 As I’ve stated on this blog before, I’ve got something of a passion for Mega Man. I’m sure there are many, many people out there far more fanatical about the series than I – the kind of people who own, play, and have beaten every Mega Man title ever released –  I have a genuine love for the series. Maybe its because we were both born in 1987, or that I literally grew up playing Mega Man games – from 1 through 6 on NES, X on SNES, Zero on GBA, and beyond. Mega Man and Mario have been the two constants in my gamer life.

So it’s of little surprise that when I saw the classic-style Mega Man figure in this article (courtesy of a tweet by Jeremy Parish), I was transfixed. Even unpainted, I am compelled to own it. There’s no word on how much it will cost or even when it will be released, but assuming the price isn’t too outrageous, I can definitely see adding this to my modest collection of figures.

Now if you’ll excuse me, I’ll get back to playing Mega Man 10.