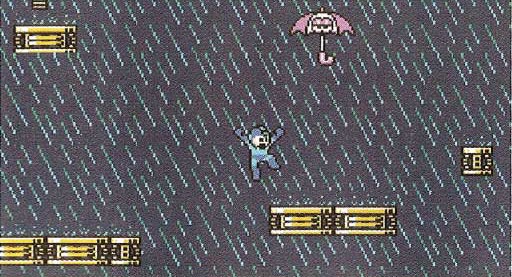 I had planned to post last week about the rumored existence of Mega Man 9, which was reported by Siliconera almost two weeks ago. Apparently, a foreign ratings board rated Mega Man, which no one even knew existed. The platform was listed as “multiplatform,” leading most (myself included) to suspect a download service. I personally was hoping for a WiiWare release because (1) Mega Man games seem to perform best on Nintendo consoles (see: the recent Mega Man PSP games), and (2) I don’t own a PS3 or 360. Whatever platform it landed on, I think everyone was expecting a 2.5D in the style of Mega Man Powered Up.

Now, I make my love of Mega Man no secret. I grew up playing the classic NES cartridges which starred the Blue Bomber, and replaying these games on the Mega Man Anniversary Collection never fails to bring a smile to my face. And though I’ve enjoyed the later titles in the series – namely Mega Man 8, Mega Man X, and Mega Man Zero – I always felt that the 8-bit titles got something right that was never quite replicated later on. That said, I can’t express how excited this news has me. I’m eagerly awaiting to see what Inafune has in store for this 8-bit revival. Capcom seems to be reviving many of its classic franchises in a big way this year (see: Street Fighter IV, Bionic Commando Rearmed), but this title by far has me all atwitter with anticipation.

News and Image VIA Siliconera