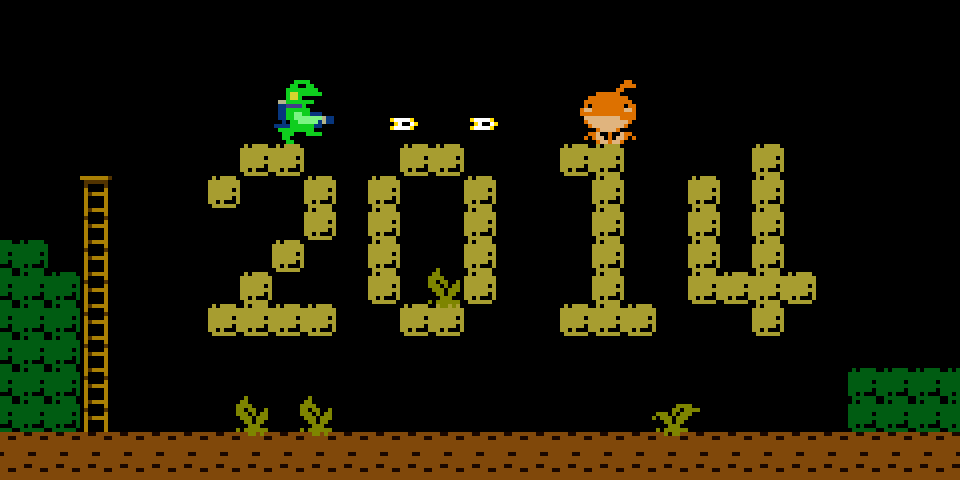 So it turns out that one of my statements last time should have had a little asterisk next to it. Despite proclamations that I would be foregoing my annual compulsion to make resolutions, I’ve recently had a change of heart. Over on Geek & Sundry, Felicia Day posted a video evangelizing the idea of Geek Resolutions, and to be honest, I think it’s inspired. As geeks and nerds, I’m sure we all have hole in our knowledge that we’d like to fill, like reading the Song of Ice and Fire book series or catching up with all the Marvel movies, and what better time to fulfill these goals then in the new year? I’ve made a couple of Geek Resolutions (listed below), and I’d love to hear what nerdy things you guys plan to do in this new year.

For as much as I proclaim to love Joss Whedon’s work – from Firefly to The Avengers to Dr. Horrible’s Sing-Along Blog – I’ve never actually watched much of the series that started it all. I’m not a particular fan of vampires, but I am a fan of sharp dialogue and 90s-vintage Sarah Michelle Gellar, so it’s an almost guaranteed win.

My nerd cred is also seriously lacking with regards to the grand-daddy of science-fiction television. My exposure to the original series of Star Trek is pretty much limited to episodes/movies involving Tribbles, Khan, and Humpback Whales. It’s a miracle my Geek Membership Card hasn’t been revoked by now. This year I need to spend some quality time with Kirk, Spock, Bones, and the rest of the crew aboard the Federation Starship Enterprise.

By my count, I read nearly 20 books last year, with most of them belonging to either the science-fiction or fantasy genres. In 2014, I need to read even more if I want to keep up with my ever-growing reading list. Two books a month seems reasonable.

As I stated before, I’d like to do some traveling this year and attend a few “nerd conventions” like New York Comic Con, even if I can’t make it to that one specifically. In a couple months, however, Sacramento is having it’s own local comic book convention, so I’ll definitely be there. More than simply going though, I’d like to be part of the spectacle; that means cosplay. It’s all still in the planning stages right now – I don’t even know what character(s) I might choose for my costume – but I’ll be sure to report back as soon as I work out all the details.