Many apologies for the delay. Halloween was two weeks ago, and I’m only now getting around to writing about it.

When I first wrote about my plans to be The 11th Doctor for Halloween, my costume was well on its was to completion. In fact, it turned out that the only item I had left to obtain was a button-up dress shirt that would fit with the rest of the attire (which I did find shortly ater that original post). Much to the dismay of my friends and fellow Who fans, I did not invest in a fez, despite their coolness. Even without it though, my costume was pretty effing legit!

And apparently I wasn’t the only one who thought so, as I made finals in two of the three costume contests I entered that weekend. Reaching finals at Midtown Stomp the Friday before Halloween was probably my biggest triumph, since the costume contest – as usual – was jam-packed with contestants, including a few other Doctors. Although I didn’t win this contest (or the one at Firehouse 5), I was pretty clearly the best Doctor Who at the party, and really isn’t that the most important thing?

Is it bad that I’m already brainstorming for next year’s costume? I’m in it to win it in 2012! 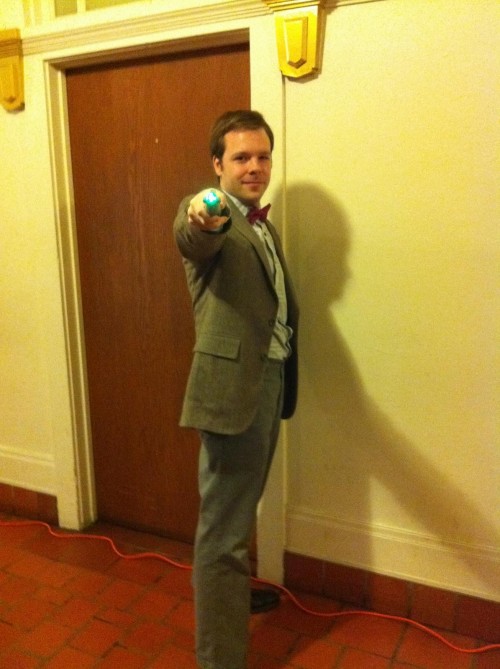 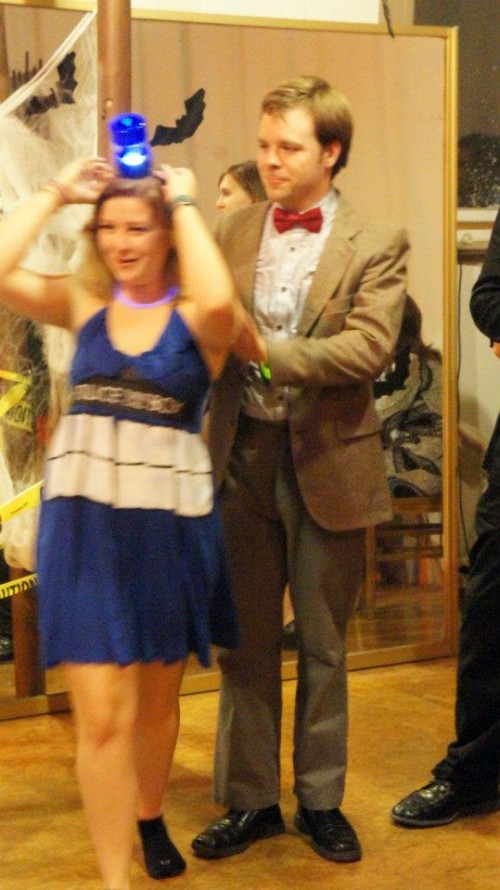 The Doctor and the TARDIS
@ Firehouse 5

You know who did win a costume contest though? My friend Tree*, who dressed up as the TARDIS. If you’re picturing someone walking around in big blue cardboard box, I’m happy to report that her costume was much less cumbersome. Tree – in her typically adorable fashion – made her costume by painting a blue dress to look like the outside of a Police Box and also making a headband the lit up like the light on the real TARDIS. The result was pretty spectacular, and it’s hardly surprising that she won the contest at Shades of Blues in San Francisco.

In fact, if she had arrived at Midtown Stomp in time for the contest, I have a sneaking suspicion that with our combined powers we could have taken First Place without a problem.

*Tree is just a nickname, btw. To my knowledge, her parents weren’t a couple of crazy hippies.