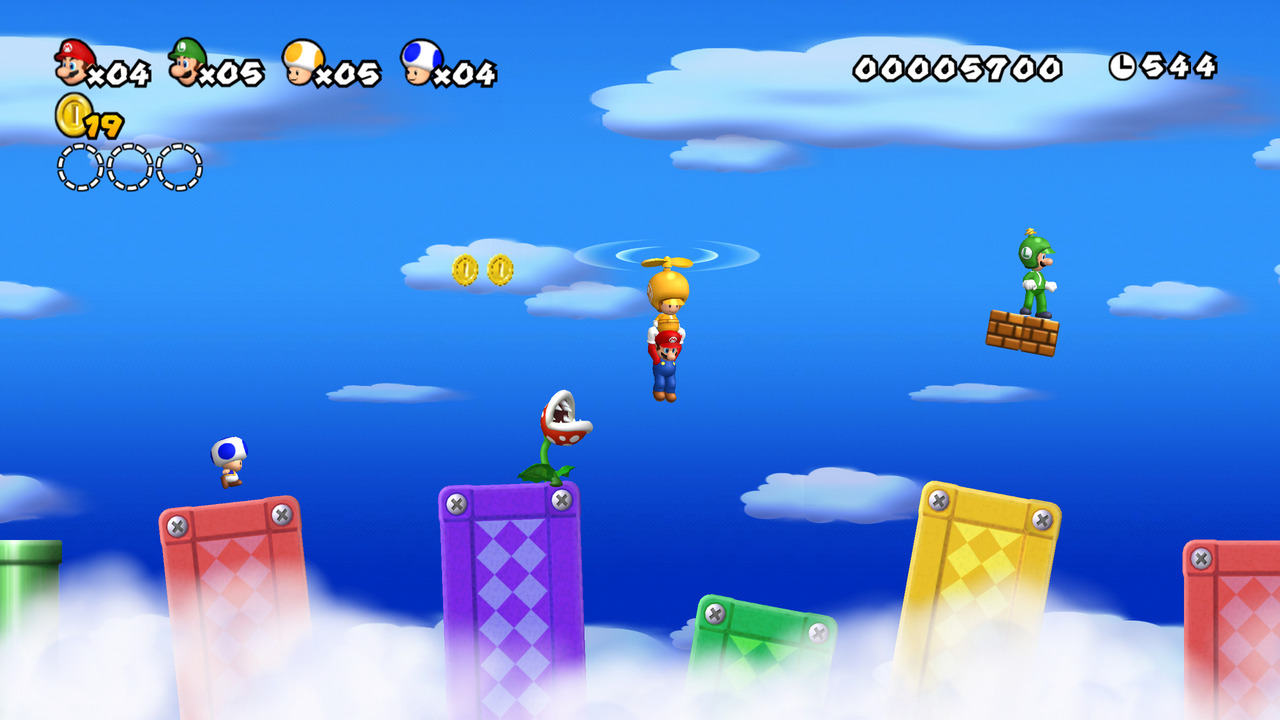 My girlfriend and I have been playing a lot of Wii games this year, and judging from today’s announcements at E3, the next year looks to have even more for us to play.

Mostly, the two of us have been playing any Mario game we can get our hands on. We’ve completely eviscerated New Super Mario Bros. and are currently well on our way to collecting all 120 stars in both Mario Galaxy games. My girlfriend never grew up playing games, but she sure has taken to Nintendo games, especially Mario. The girl just loves these games, and I can’t really fault her: the Super Mario games on Wii have all been phenomenal. In fact I’m not sure I’ve ever had as much fun playing Mario games as I’ve had in the last year.

And although I know Nintendo is really good at making inherently fun videogames, I think the real reason I’m enjoying them so much is because of the multiplayer. I grew up as an only child, and so most of my game playing was solitary. Occasionally I’d meet some friends at their house and play some Super Smash Bros. or Counter-Strike, but primarily I was playing games like The Legend of Zelda, Mega Man, or Dragon Quest by myself. Having a constant companion to enjoy and participate in these games with me completely changes the experience though. When I’m exploring a new world in Super Mario Galaxy, I feel like my girlfriend and I are creating memories similar to those made while on a day trip to San Francisco or elsewhere. Sure we share in gaming’s frustrations sometimes, but more often we revel in our victories or laugh at our mistakes. Whether she’s my copilot in Super Mario Galaxy or just an active observer in Majora’s Mask, multiplayer gaming with the significant is where it’s at!

And that’s why I’m so excited for the coming year. Besides the great single-player games coming soon (the new Zelda and Metroid look slick!), there are lots of potentially great games on the way that we can play together. I’m especially excited for the new Donkey Kong Country and Kirby games, which will hopefully channel some New Super Mario Bros. Wii co-op goodness.

Although I sometimes wish I had a PS3 so I could play Super Street Fighter IV or even just finish my copy of Metal Gear Solid 4, I’m pretty content with being a Wii-only gamer.