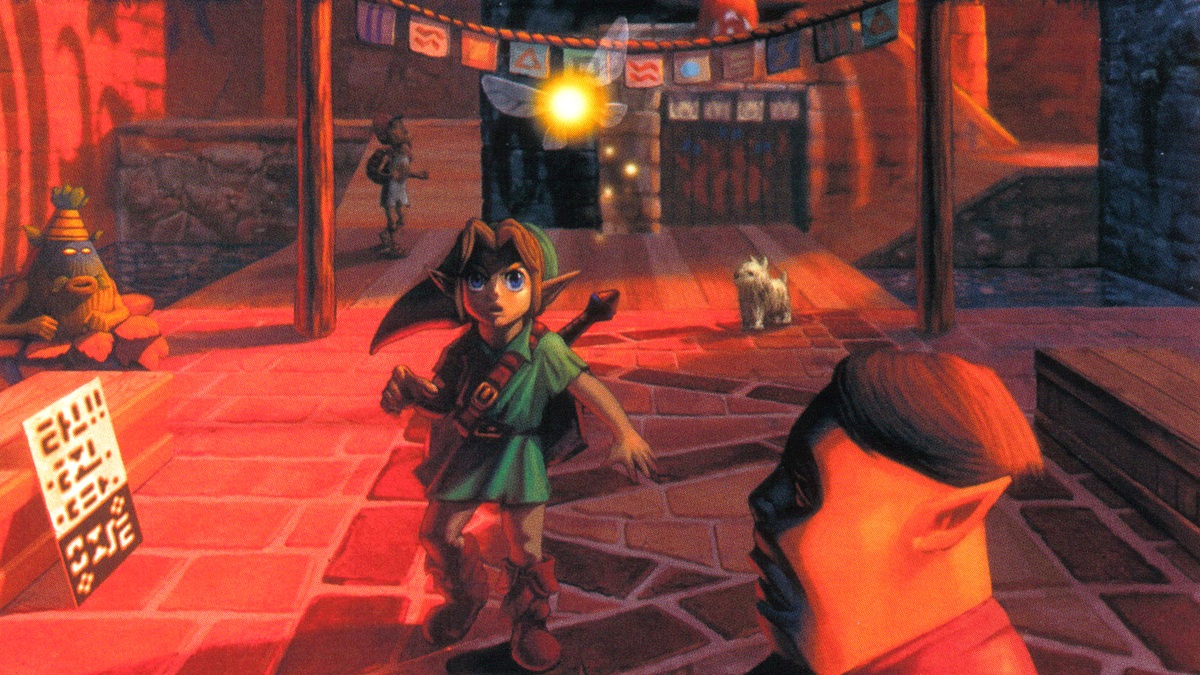 I’ve been spending the last month playing The Legend of Zelda: Majora’s Mask as part of the Brainy Gamer’s Vintage Game Club. Although I have not been as big of a contributor on the forums as I would have liked, playing through this oft-neglected Nintendo 64 game has really been enlightening. This will be the first of hopefully several posts on my experiences with the game.

I originally played through The Legend of Zelda when it was originally released on the Nintendo 64 back in 2000, so my recent trip back to the land of Termina was somewhat familiar. Not only could I vaguely remember the setting, people, and tasks from the game, but my surroundings as I played were very reminiscent of those when I was 13, even if they weren’t quite the same themselves. Sure, I was playing the game on the Wii instead of the Nintendo 64 and with a Gamecube controller, but overall the experience was largely the same as it was and has been for the last decade: in my room, on my bed, playing games by myself.

That all changed when my girlfriend came back from work.

She had known for a while that I was a gamer, but she had never been around when I was playing games, aside from a few casual games on my iPod Touch. I started to turn off the Wii because I didn’t figure she’d be interested in watching me play, not being a gamer herself, but to my surprise she took great interest in the game.

Naturally, at first she didn’t quite understand the game. I was bombarded with questions regarding what I was doing and what was going on. “What are those green blobby guys?” “Why are you following those monkeys?” “Why are you cutting all those plants?” This was only natural I suppose: she not only missed the introductory segment of the game, but she wasn’t well-versed in the language of Zelda and videogames in general. I half-expected her to grow frustrated and leave me to my playing, since to someone unfamiliar with the language of videogames, watching someone play can be an exercise in tedium and torture. To mmy surprise though, she stuck around and not only watched me as I played, but began actively participating in my adventure.

It started out small, with commands like “grab that heart!” and “kill that plant!”, but the longer she was around me, the more involved she got with her participation. She’d let me know when I was beginning to run low on hearts, as often in an intense battle I would ignore those icons at the top of the screen. She’d provide commentary on events in the game, such as expressing sadness when the giant Goron protecting Snowhead fell to his apparent death (a thought that would have never occurred to me otherwise). What’s more, she actually helped me progress in the game several times by suggesting actions that hadn’t crossed my mind. For instance, while working on the Wedding Couple side quest, I got stumped after the postman delivered his letter to Kafei. I rushed back to Anju, but she was no help. I was about ready to give up on the quest for a while until my girlfriend finally suggested that I go into the door that Kafei entered.

Unconvinced, I went to the door, positive that it wouldn’t open. Imagine my astonishment when the door was now in fact unlocked, and I was able to progress forward in the quest.

“You give up too easy,” she informed me. 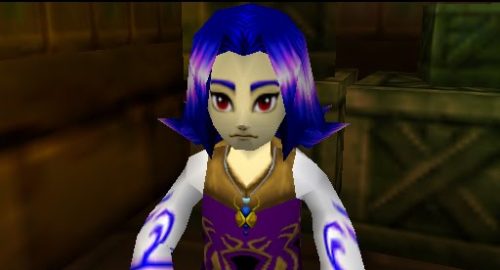 And perhaps she’s right, but perhaps the issue in situations like these isn’t simply that we as gamers sometimes need that second pair of eyes to help analyze in-game problems. I can think of many instances in my past when I’ve grown so frustrated with a puzzle in a game that I simply give up for a time or resort to walkthroughs via sites like GameFAQs. Our hobby is often thought of as a solitary past time, and although there are multiplayer and co-op games out there, the majority of players – I would wager – are playing their games alone. Nintendo made an effort with Super Mario Galaxy to add multiplayer components to a largely single player game, and perhaps I’ll see whether this effort was successful now that I have a dedicated co-pilot. I’ve found it interesting though that there are ways for non-players to actively participate in games like Majora’s Mask that are only designed with one player in mind.

Not only that, but adventuring through Termina this time was infinitely more fun this time because I had a companion to travel with me.