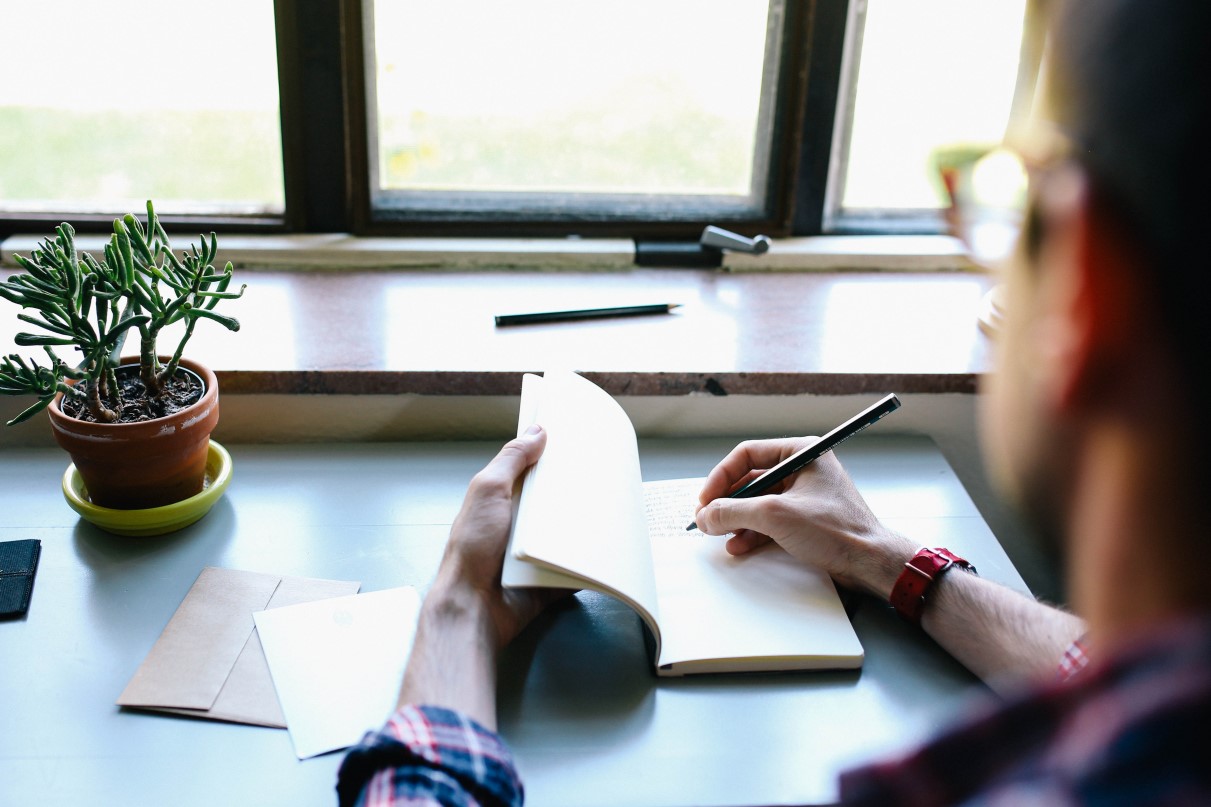 I haven’t been writing lately, as you’ve no doubt noticed, and although my recent move (and all the related preparations) is at least partially to blame, that’s not the whole story. The real reason is that I have too many distraction, or more accurately, I let said distractions get the better of me. Although I’d say the writing comes naturally to me, it’s never easy, and when I hit a wall on a particular project, it’s much easier to step away and do something else for a while rather than push through. But more often than not, “a while” turns out to be the rest of the day… or several days… or even weeks. Since I traditionally do most of my writing on my laptop, the distractions are ever-present, sometimes even hijacking my attention while researching something related to my current project. With this in mind, I’m reviving a technique I haven’t used in some time: physical writing.

As much as I love using Evernote and other digital writing tools, there are some definite advantages to using a pen and paper notebook. I never have to charge it, for one thing, nor do I have to worry about its battery dying in the middle of whatever I’m working on. It’s incredibly portable too: most of my notebooks easily fit inside the pockets on my blazers, and they’re light enough that I can toss them in a bag without feeling weighed-down all day. Best of all though, paper notebooks have no internet connection and no apps that ding with distracting notifications. They are purpose built for you to focus on the task at hand.

Of course, I still have to use my computer to actually edit and post my writing online, so I can’t drop my computer entirely out of the equation. By that point, however, the bulk of the work should already be done.

I love my technology – after all, not only do I have an entire sub-category of this very blog devoted to all my current gadget obsessions, but as I write this, I’m using Spotify to stream music from my smartphone to a wireless Jambox speaker; however, it can be very distracting. There’s a reason why I’ve undergone several self-administered “digital detoxes” over the past half-decade: every so often I let Twitter or Facebook or news blogs keep my attention away from what’s important, and my writing is frequently among the casualties. I’m still a young man, but there’s also still so much I hope to do with my time; the last thing I want is to allow frivolous technology to inhibit my success.

All that really matters though is that I seem to be forming the writing habit again. Now all I have to do is edit all my work so that it’s actually presentable.