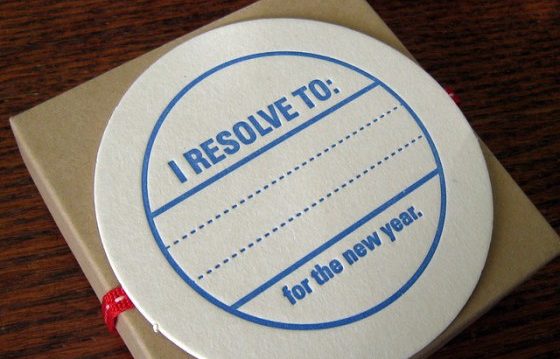 The year 2013 is finally upon us, which means that once again I must examine my life to see where I’m failing and subsequently resolve to not fail in the new year. At least, not fail in the myriad ways I did in 2012; I’ll try to switch it up a bit. I thought I might have escaped this yearly exercise in self-reflection, but since the Mayans were wrong about the World coming to an end, I guess I should make some resolutions for 2013.

Although, I will say this: my unofficial 2012 resolution of “surviving the Apocalypse” was undoubtedly a huge success. Go me!

Return to the Gym

One of my biggest failures from last year was not developing a regular workout routine. I made so much progress towards improving my physique and general health in 2011, but since moving back to Sacramento 18 months ago, all that hard work has been slowly eroded by a combination of sloth and poor diet choices. My girlfriend and I ran a few times a week in the late Summer / early Fall, but the weather right now is simply too cold to continue. What I really need is a gym: someplace I can go to not only get cardio (since I actually prefer running on a treadmill) but lift weights as well. I’ve been asking around – talking to friends and coworkers – and I think I may have found my future gym. The only thing I’m waiting on now is my next paycheck.

Move out on my own

My finances have been a rollercoaster this year, fluctuating from having absolutely zero credit debt to barely able to afford a cup of coffee on my birthday. I have a feeling, however, that the situation has finally stabilized, thanks to some eliminated expenses, a slight wage increase, reduced credit debt, and simply making better decision about how to spend my money each month. So now that things seemed to be leveling out, I think I’m finally in a position to move out and live on my own. Although my roommates and I get along by and large, the situation is far from perfect. I’m hoping to move into a studio sometime after getting my tax return (which I’ll use as deposit money), but since I still have a place to live, obviously there’s no rush.

Start doing what I really want in life

I did just get a raise at work, but it’s no big secret that workers compensation is not what I’d hoped to spend my life doing. I’m incredibly lucky and thankful to have my job, don’t get me wrong. I need a challenge though; I need a job that lets me use the skills I spent years acquiring in school. I’ve been working on this for the better part of a year with almost nothing to show for it. Perhaps my ideal job will fall into my lap one day. Whatever happens, I hope I’m not still processing mail come this time next year.

I was so happy to realize that I actually accomplished my travel goal last year: I said I wanted to visit New York before 2013, and – thanks to a well-placed friend – I did! This year, I’m hoping to return to New York, as well as visit more places (like Portland) that I’ve never been to before. My girlfriend and I are already making plans, so this will almost assuredly happen.

Return to the dance scene

Between my poor finances in 2012 and some unexpected drama in both of my dance scenes, I pretty much disappeared (as far as my friends were concerned) for much of the year. In the meantime, I’ve seen my friends pass me up in skill and standing from afar. I won’t stand for it any longer! Look out, West Coast Swing: the prodigal son is on his way home!

You may recall that this was one of my loftier goals from last year, and though I didn’t completely stop buying CDs, DVDs, and books, I bought very few all year. At this point, I’m (a) buying almost all of my music from either Amazon or Google’s MP3 store, and (b) only buying physical books if I really loved them on the Kindle. This year, however, I want to start building my movie and TV library. With DVD players increasingly irrelevant, I just feel like the time has come. And this way, I’ll be able to watch my content on whatever device I want.

Live in the Cloud

Similar to the last resolution, I’ve grown tired of managing my files. I do my best to back up all my data to an external drive each month, but often it feels like more hassle than it’s worth. Besides that, most of my data already lives online, between services like Dropbox, Google Music, and Evernote. Ultimately, I’d like to move completely away from needing a “real” computer with a large hard drive and just live in lightweight environments like tablets (or even a Chromebook).

If 2010 and 2011 were the years I rediscovered a love for movies, 2012 was the year I became a bibliovore again. With my Kindle(s) as a constant companion, I devoured scores of books, including the complete Song of Ice and Fire series (which is no small feat, let me tell you). And yet, now more than ever, my list of books to read is overflowing. It makes me wonder how my mother can complain that she never has anything to read.

No excuses! If I am serious about writing – whether it’s a blog post or a fiction story – I just need to do it. I’m gonna shoot to blog at least once per week (ideally twice), and I’m actually gonna write some fiction. I’ve got motivation for that last one too: the Sword and Laser podcast is taking open submissions for a sci-fi/fantasy anthology they’re compiling. This may be my most important resolution of the year (after moving out, of course).

What are your resolutions for 2013?