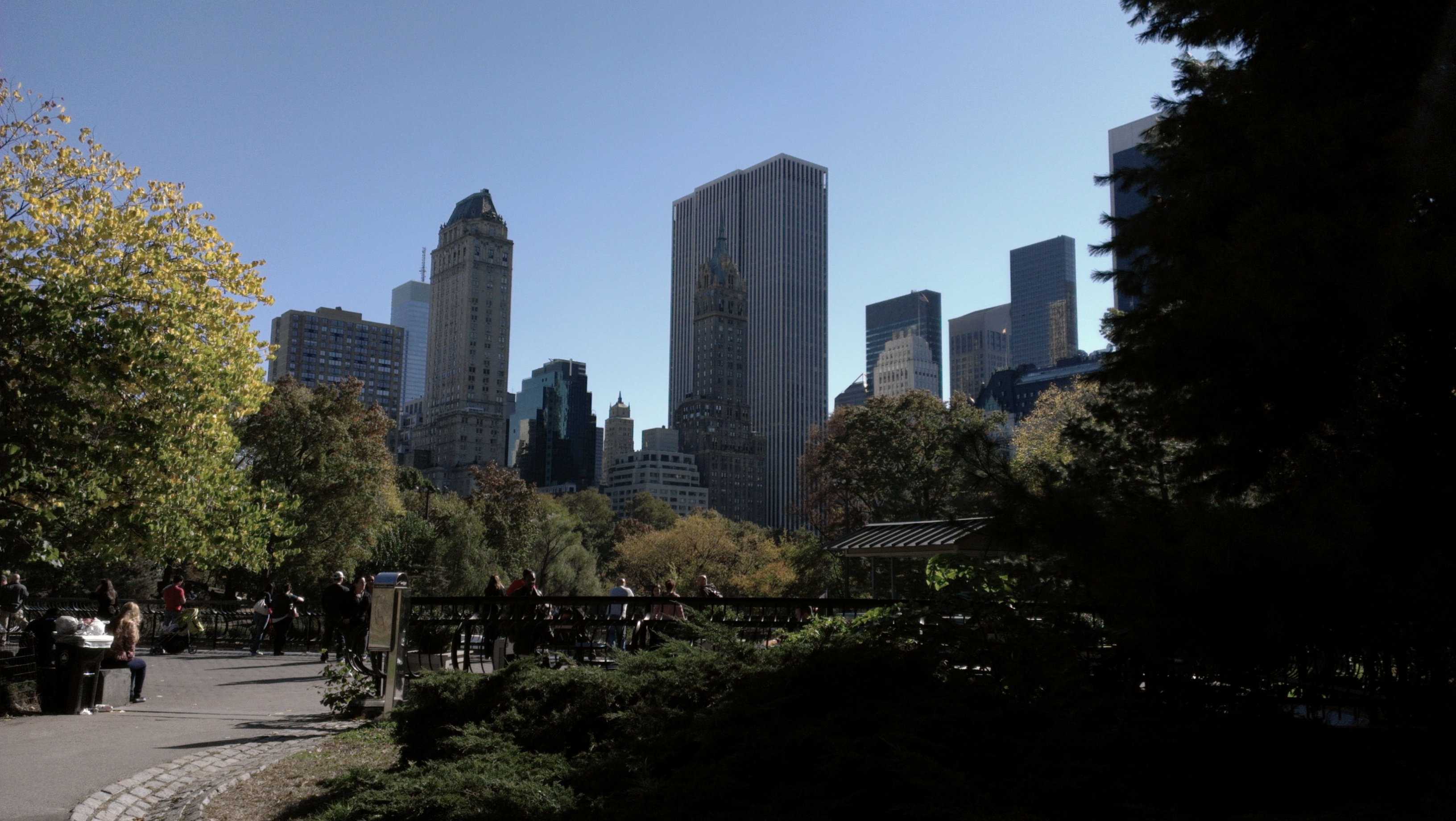 In the movie “Lost in Translation”, there’s a scene early on in which Scarlett Johansson’s character pays a visit to a Japanese religious temple. This shrine could be Shinto or Buddhist, but it really doesn’t matter. What’s important about this scene is that her character – and we the audience – are taken in by the beauty and serenity of the local and come close to having a religious experience of our own. Perhaps because of this particular scene, I’ve always assumed I’d need to travel to a place like Japan to have this kind of experience.

As it turns out, I only needed to visit Central Park.

New York’s World famous park is not only massive, it’s gorgeous! People have told me that San Francisco’s Golden Gate Park is bigger, but in my opinion it has nothing on the beauty of Central Park. Once you’re inside it’s easy to forget that just moments ago you were walking down the streets of one of busiest cities in the World. Whereas Midtown is jammed full of people all rushing to get one place or another, Central Park has a fraction of that number, most of them content with leisurely strolling around and enjoying the thousands of trees, two enormous lakes, and the multitude of other sights squirreled away within the park. But then every so often I would look up and see the buildings towering above on the East and West sides, and the sight would make the whole place seem even more incredible.

Everyone has been asking me what my favorite part of Central Park was, and there’s certainly a lot to chose from. As far as scenery goes, I really enjoyed the Promenade (as I’m told it’s called) near the South entrance. The walkway is wide and very long and the scenery is impeccable. And because I was visiting in the Fall, just as the leaves were starting to turn – its inherent beauty was amplified by an infusion of vibrant autumnal colors at times.

More than anything though I loved that the park seemed to beckon to me, urging me to slow down and enjoy my afternoon within its forrested confines. After spending much of the morning rushing around the city – seeing sights and doing a bit of shopping but mostly just walking around Manhattan like I was late for a job interview – the last thing I probably needed was to sprint through Central Park, trying to see and experience everything one reasonably could in an afternoon. I needed to slow down and enjoy my surroundings. In fact, it seems pretty appropriate that a fast-paced city like New York would have a refuge like this.

It’s like the great philosopher Ferris Beuller famously said “Life moves pretty fast: if you don’t stop and look around once and a while, you could miss it.”