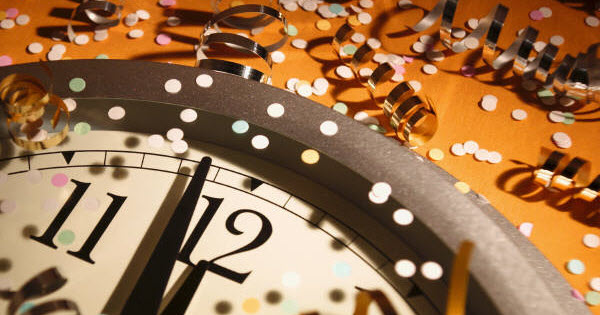 The year 2012 has officially arrived, and that means it’s time for me to post my resolutions for this year. Rather than just list my goals for the year – as I’ve done in the past – I thought I’d give a little explanation on why I’m resolved to make these goals a reality. So without further ado…

Pay off my debt

I already went into this a few months back, but I’ve vowed that this year I’m finally gonna get my finances back in order. I definitely intend to completely eliminate my credit card debt, and I’d ideally like to start paying back my mom all the money she lent me in the past year. Part of the way I’ll accomplish goal is by watching my spending, which has been a little looser than it should in months past (I admit that I went a bit gadget-crazy this Fall). The other part leads me to my next resolution…

If 2011 was the year I finally found a steady job, 2012 will be the year I transition into a GREAT one. Whether that means moving elsewhere in my current company or leaving them entirely for greener pastures remains to be seen. The bottom line though is that I’ve been sorting through mail for almost 7 months now, and I could definitely use some more fulfilling employment.

Invest in a smartphone

For many years, I’ve been pretty content with not owning a smartphone. Sure, it was somewhat annoying to always need open Wi-Fi to access Twitter, Facebook, or whathaveyou on my iPod Touch, but it worked fairly well. However,  with my iPod Touch now retired, I’m realizing how much I “need” a smartphone and all its nifty whizbang features. I can’t quickly take pictures, add cool filters to them, and easily post them to Twitter. I can’t identify music using Shazam or Soundhound so I’ll know what to download later. And perhaps worst of all: I can’t read Twitter while I’m on the toilet. It’s about time I leave the digital dark ages and finally join the 21st Century.

As for what kind of smartphone: I’m really looking forward to what Nokia will announce at CES next week. A Lumia 900 on AT&T perhaps?

Start going to the gym again

For once I can say that I don’t need to lose weight. I lost over 20 pounds while I was unemployed last year, and in the 7 months since I left home, I’ve managed to keep most of it off (Christmas added a couple pounds, unfortunately). In that time, however, I’ve barely been to the gym, and my muscle tone is starting to suffer for it. Plus, I do sort of miss my weekly workouts; I always felt so accomplished when I finished them.

I was pretty lazy when it came to food in the first few months after moving to Sacramento: I almost never cooked and sometimes I skipped meals altogether purely because I wasn’t sure what to eat. My diet has improved recently, but there’s still huge room for improvement. More fruits and veggies, better breakfasts, less fast food, and a lot more cooking is on the agenda for 2012.

This past weekend, I flew down to Los Angeles for a New Years Eve Blues dancing event, and to be honest I had more fun during the travel portions of the trip than I did dancing (although that was still a blast, obviously). The plane ride was particularly thrilling because I almost never get to fly; my last flight was probably when I travelled to Vegas for my 21st birthday. And since I’m 24, employed, and reasonably unattached, there’s really no reason why I shouldn’t be travelling more. I’ll be doing some travelling for dance conventions this year, but in addition to that, my goal is to visit Seattle and New York this year. Maybe if I start saving now, I’ll be able to finally leave the country in 2013.

Get serious about West Coast Swing

I’ve been really neglecting my swing dancing lately, but if I ever hope to move up the ranks (and become a better teacher, of course), I need to start making it a priority again. My showing at this year’s Chico Dance Sensation wasn’t very good, which is part of why I didn’t write about it this time. I’ve got a half dozen or so dance events on my calendar for this year, so I’ll have plenty of opportunities to improve and redeem myself.

Get serious about writing/blogging

I know I always say I want to improve this blog in the coming year, but I do hope to actualize on these plans in the next year. I want to (at minimum) post 1-2 blogs a week this year, and I promise they won’t all be focused on tech stuff. In fact, I’m gonna try to stay away from those subjects as best as I can. I’d also like to write a novella this year, maybe something I can sell on Amazon as a Kindle Single. I have a couple ideas rolling around in my head already.

Read all the books in my library (finally!)

This has been a goal of mine for many years, but this year I think it’s finally gonna happen. What’s different now? I own a Kindle, and I’m reading more than I have in years. And best of all is that most of my unread physical books are “classics”, which means I can download many of them for free.

This was something I’d hoped to do before the end of 2011, but it just didn’t work out. My movie and TV watching time has been severely limited since I started working regularly, and most of the time I’m just using the streaming anyway. Why pay an extra $8 for something I’m barely using?

Last, but not least, I want to try switch completely to buying digital goods like music, books, and videogames. Although I do enjoy the convenience of owning a CD, if I’m not carrying it around with me in my car, it’s being stored in a box in my closet. After I copy the music from the CD to my iTunes, I rarely need to access it again, so why am I spending the extra money for a tangible disc. The same goes for books: I’m finding the process of reading on a Kindle way more convenient than reading paper books, and the prices are often markedly lower for the Kindle versions (plus I get to start reading them right away instead of waiting for a delivery). This is definitely the loftiest goal for 2012, but it’s something I’d like to at least experiment with.

So that’s my plans for self improvement in the new year. What have you resolved to do? (lengthy explanations not required)