This weekend, I braved my local Apple Store – completely forgetting that the latest iPhone had just been released on Friday – with the singular goal of acquiring a new iPod. I didn’t walk out with a replacement Touch though (I’ve already decided against that); instead I bought a 16GB iPod Nano. Whenever I tell my friends about my purchase though, I always get asked the same question:

“Why buy an iPod in this day and age?”

I know the second part of that question – the subtext, as it were – is “why wouldn’t I just use my phone?” To that I say: “Have you *seen* my phone?!”

At a time when it seems like everybody and their grandmother owns a smartphone, I’ve been left in the Telecommucations Dark Ages. My phone is so dumb it doesn’t even have a voicemail function. The thought of loading it with Gigs worth of MP3s is pure fantasy.

That’s the simple answer though; the real answer is a bit more complex. I can’t afford to upgrade my phone right now, but even if I could, I’d still prefer to have a dedicated music player. For purely practical reasons, I would never want to combine these two functions in a single device. I listen to a lot of music – especially at work – and I worry about how my listening habits would chew away at my phone’s battery life. My friends have tried reassuring me that it doesn’t affect it much at all, but I have my doubts. And what if my phone was stolen/lost/broken? I’d then be out not only my cellphone but my portable music player as well.

More than anything though, I feel like if you have a passion for something – as I do with music – having a device laser-focused on that one thing really pays off. this Nano does one thing and does it very, very well. For as much as I love(d) my iPod Touch, it has always had problems as a portable music player. Quickly pausing and skipping tracks on the Touch, especially when running at the gym or while driving, was anything but quick, mostly because (unlike the old Click Wheel iPods) it lacked much in the way of physical buttons. I can’t claim that the current Nanos are perfect in this regard either, but the experience has definitely been optimized compared to its big brother. I’ve really been having a lot of fun using it, which is not something I really expected when I bought it. 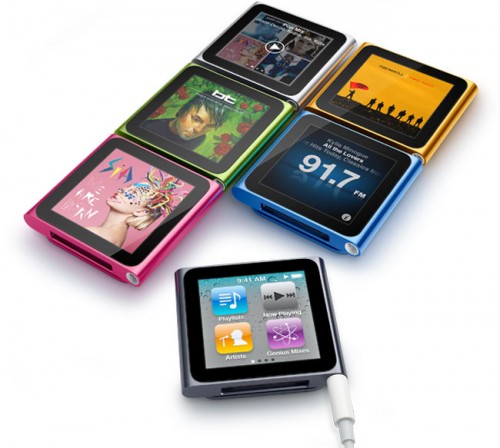 If I had one complaint at all, it’s that I really wish Apple made a 32GB (or preferably 64GB) model on the Nano. I have a lot of music, and while 16GB can certainly accomodate most of what I’d want to carry with me, I’ll always prefer having my entire music library with me on the go. Perhaps in a year or two, my dream will become reality and I can finally own a perfect device.