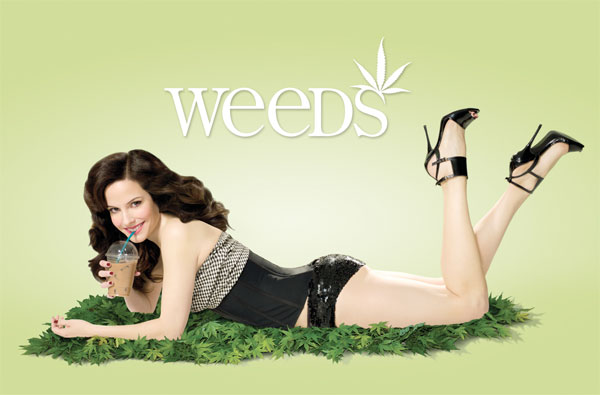 I do not do drugs. Let that be a matter of public record.

Having said that, I am absolutely addicted to the TV show Weeds. I’ve been hearing people talk about it over the years, and I recently discovered that Netflix has almost all of it available to Watch Instantly. So yesterday I was going through my queue and thought “Why not? I’ll watch an episode or two.” Well that became a season and a half real quick. One hit and they had me for the whole bag.

As it turns out, the exploits of a drug-dealing suburban mom is pretty compelling television. It’s like Desperate Housewives… with dope!

Do any of you watch Weeds? What else is part of your weekly viewing schedule?

I’ve been pretty disappointed with television in the last few years, with Burn Notice, Glee, and How I Met Your Mother being the bright spots in an otherwise dreary landscape. And as much as I love watching reruns of The Wonder Years and Doogie Howser, I like having a few TV shows to look forward to watching each week. Any recommendations would be greatly appreciated.