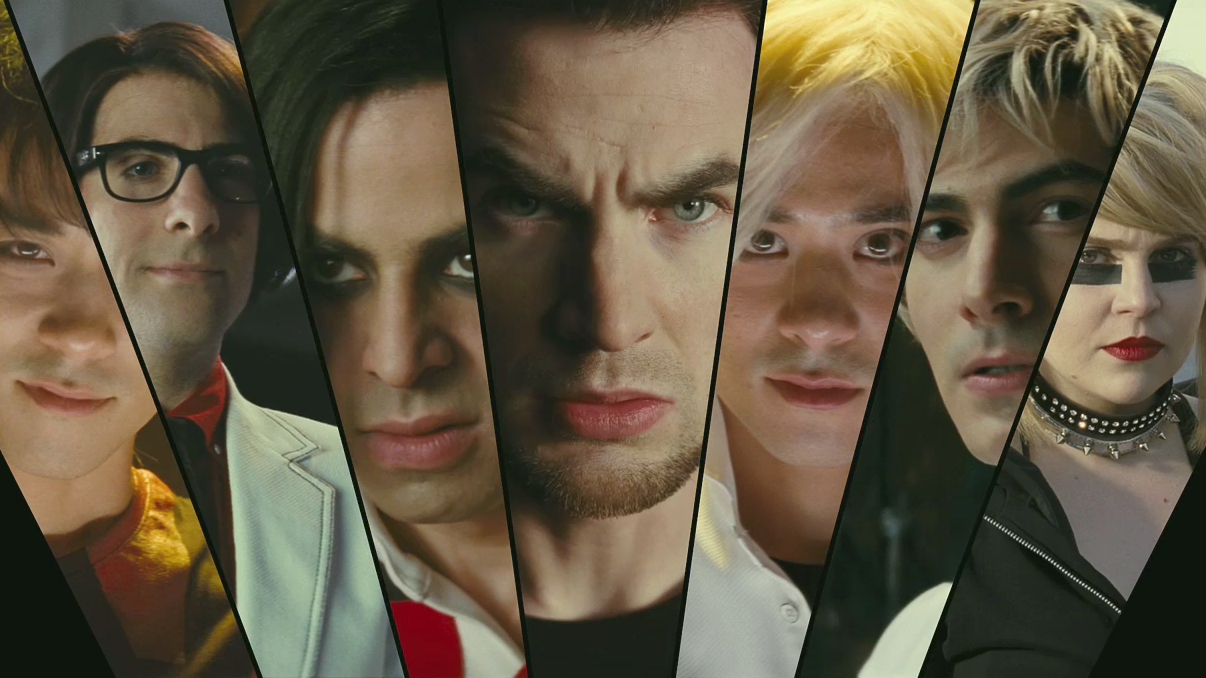 As you already know, Bee and I saw Scott Pilgrim vs. The World for my birthday last week. Since then, I’ve been getting lots of requests for my thoughts on the film, and as much as I love Twitter, microblogging seems to be inadequate for this purpose. I don’t typically review movies (nor do I intend to make it a habit), but I feel like this movie warrants an exception.

Scott Pilgrim is without a doubt a unique movie – I can almost guarantee you’re never seen anything like it before – but that’s likely to be its most divisive quality.

The story follows the titular Scott Pilgrim: a Canadian gamer/slacker/bass player who is completely infatuated with an American girl named Ramona Flowers. Unfortunately, Ramona comes with her own set of relationship baggage in the form of seven evil exes, all of whom wish to foil Scott’s budding romance. One-by-one, they arrive in Toronto and Scott must defeat them all before he and Ramona can live “happily ever after.” The film is based on a series of comic books that heavily reference videogames both superficially and structurally (or so I’ve been told; I have not read them myself). And like a videogame, each of Ramona’s exes represents a challenge – a boss battle – that Scott must overcome. And in true videogame fashion, each of these exes is more ridiculous and over-the-top than the last: a World-famous actor/skateboarder; a goth ninja; and a vegan bass player with psychic powers.

My friend Kyle recently described Scott Pilgrim as the best genre-mashup “this side of a Tarantino flick,“ and it’s hard to find a more apt description. The film apologetically wears its myriad influences on its sleeve, which range from action movies, quirky comedies, and coming of age stories to videogames and the comic book medium that spawned Scott Pilgrim. When our hero receives a hard hit from one of Ramona’s exes, a comic book-style “POW” or “BAM” appears on screen. Ten years ago, this would have been considered cheesy – as it was in the Adam West Batman TV show and movie – but somehow Scott Pilgrim pulls off these effects in a way that feels natural. There are similar videogame-style overlays interspersed throughout the movie, including pixelized objects, high scores, and even a 1up. At no time could I believe that the world Scott Pilgrim inhabited was real because I was constantly faced with these unrealistic visual elements.In a world where most movies – even those based on comic books – strive for realism, Scott Pilgrim revels in its unbelievability. It never tries to explain away fantastic events or characters – as is so often the case in Sci-fi, Fantasy, and Superhero movies – but simply moves on as if nothing extraordinary has happened. This can be disconcerting at times, but there’s also something refreshing about it. I’ve been struggling to find the reason for the last week, and I’m only now figuring it out.

However, these elements are so consistent, and so far from being just superficial trappings, that I couldn’t help but be drawn into Scott Pilgrim’s world: to believe that his unbelievable world could exist. 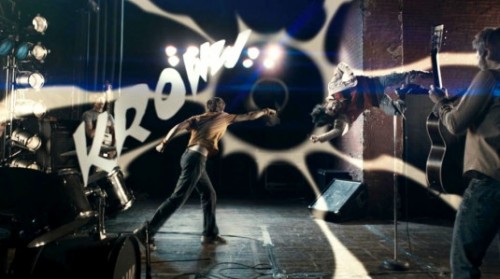 Scott Pilgrim rejects the traditional notion that movies are supposed to be an imitation of life, and instead blazes a new trail for conveying meaning through film. The genre mashup, the visual, comic-style sound effects, and copious videogame allusions are the tools director Edgar Wright uses, much as a traditional artist might use impressionism, watercolors, or graffiti art. If James Cameron’s Avatar is the epitome of a “modern” movie, then Scott Pilgrim is decidedly post-modern.

Almost guaranteed to be a cult-classic, Scott Pilgrim vs. The World is easily one of the best movies I’ve seen this summer (and heaven knows I’ve seen most of them), along with Iron Man 2 and Toy Story 3. I know that Summer is drawing to a close and most of us have serious blockbuster fatigue, but if you’ve got one more movie left in you, then run out and see Scott Pilgrim before it’s gone.