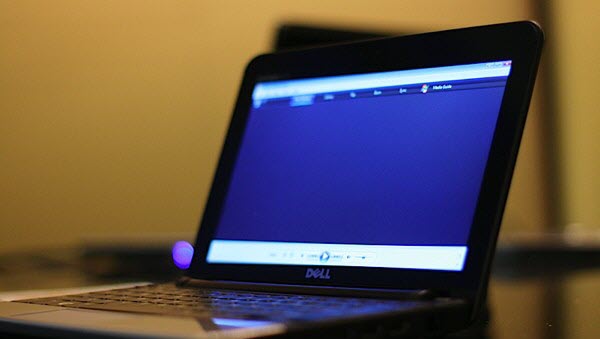 After months of researching and deliberating and another few days of waiting, it finally arrived on Friday: my very first netbook.

I’ve been playing around with the device throughout the weekend – installing and configuring programs, acclimating myself to the smaller form factor – but today marks my first real world test. That’s right: I’m coming to you live from one of my favorite coffee shops. Well, maybe live isn’t the right word, but the point is that I’ve left my apartment with nothing but my netbook in tow. Not even the charge cord found its way into my bag; I sprung for the better battery, so I want to see just how long this computer will last under normal circumstances.

Of course, that’s not all I got for the netbook. My girlfriend was teasing me over the weekend because I bought a new Logitech mouse specifically for my netbook, and I was looking for a new flash drive while at Target on Friday. In my defense though, I seem to have misplaced/lost my previous flash drive and have been without it for the last year.

Of course, my netbook is not without its share of flaws, although they’re far from unexpected. The smaller keyboard and screen size are going to take some time to adjust to. I find myself hitting the wrong keys more often than I would on a larger keyboard, such as those on my laptop or my work computer. And the 10-inch screen in particular requires some major adjustment. When I open up the options menu in Google Chrome (my primary browser on the netbook), I can’t even see the “okay” button at the bottom. But these are tiny issues in the grand scheme of things.So far, I love having such a portable computer. As I stated before, this is my blogging machine as well as my primary travel computer. But  also love some of the other freedom it allows me. I can, for instance, dual-boot another operating system – such as a Linux distribution or Chrome OS – without worry too much about any negative consequences. This is not something I would ever attempt on a primary computer, but with a secondary device I feel like I have room to experiment. I know that’s an incredibly geeky thing to be excited about, but what can I say? I am a huge geek.

Anyway, this place is going to close soon, so I should probably wrap up this post. I hope you enjoyed hearing me ramble on about my new toy. It probably won’t be the last time.