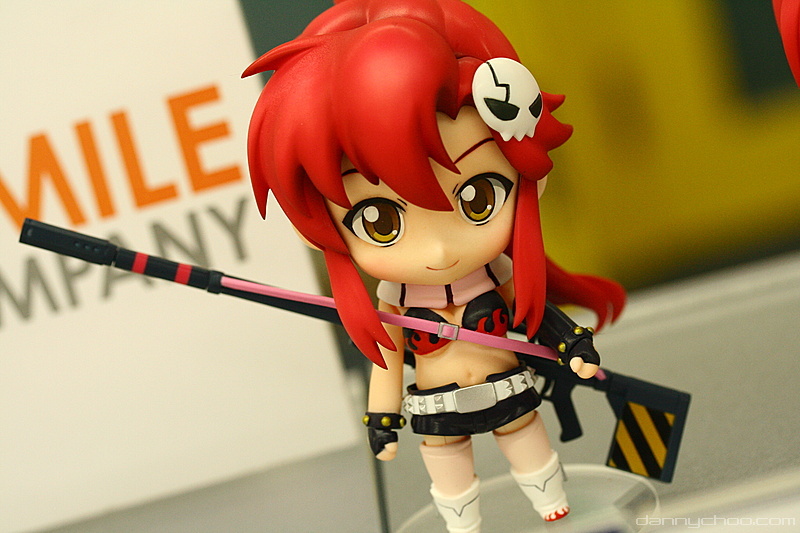 Speaking of Gurren Lagann: my dream has come true! I’ve been hoping that GoodSmile Co. would create one of their famous Nendoroid figures of Gurren Lagann’s heroine, Yoko Litona. Well, sure enough, they have. Blogger Danny Choo made a lengthy and photo-filled post this morning about the upcoming Figma and Nendoroid releases, and among the many never-before-seen Nendos was Yoko (pictures below). She looks so cute and I’m glad they recreated her rifle (she wouldn’t be Yoko without it). There’s no announced release date, but I’d bet it’ll be out sometime this fall.

If you’re a figure fan, be sure to read the whole post (and by read, I mean oggle at the many pictures). There are even a few figures that readers of this blog may be familiar. 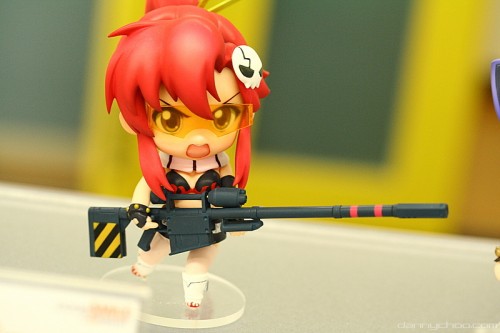