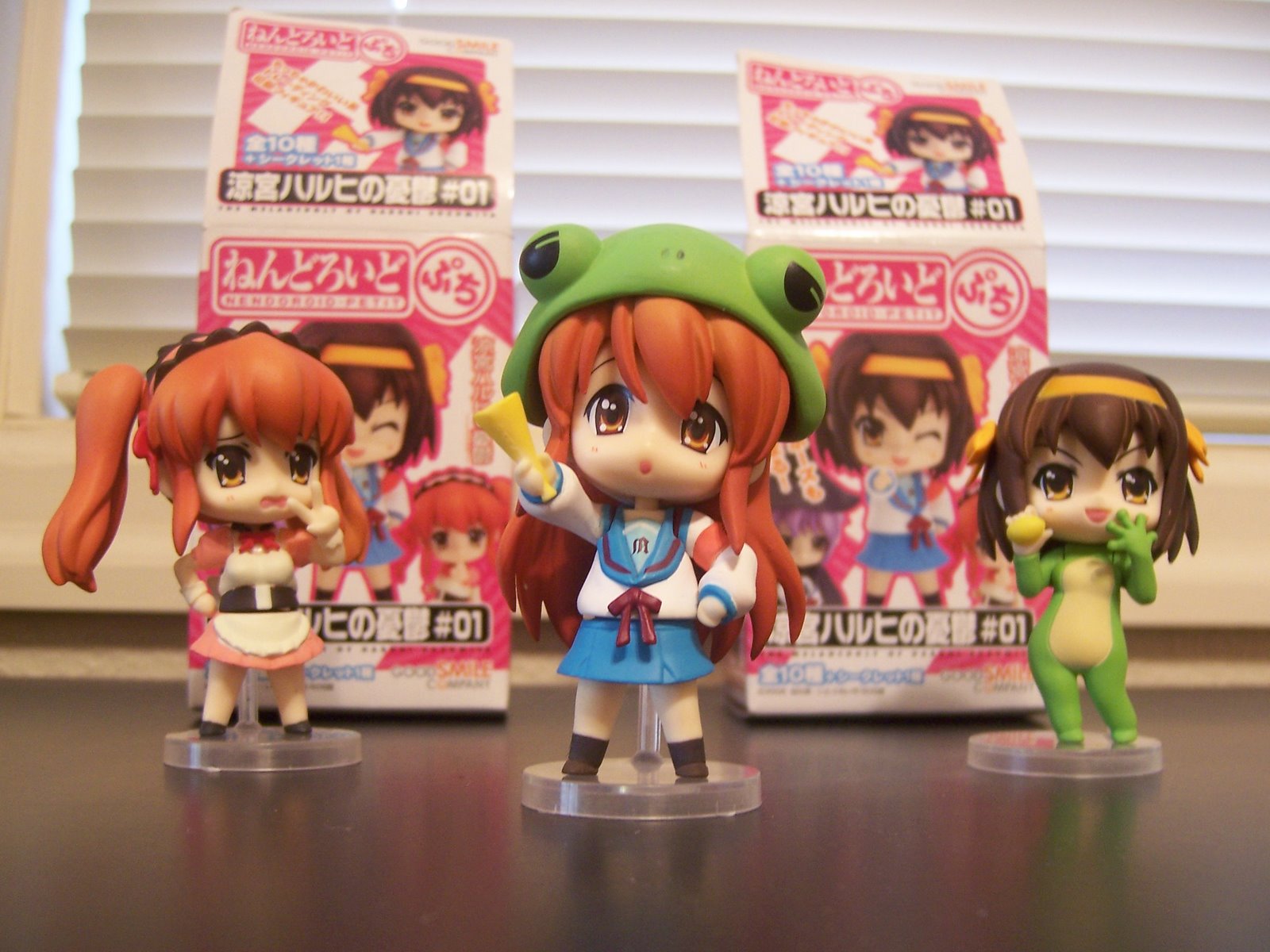 I’ve been bad. And by bad, I mean that I’ve been buying things I don’t need. Haruhi, after a long break, has decided that she needs all of my money once again. She had me spend a small fortune on the limited edition DVDs of her show, but that wasn’t enough. She has now demanded that I buy her in figurine-form, courtesy of GoodSmile and their Nendoroid figure series. I’d resist, but I cannot deny the will of Haruhi-sama. Plus these things are so darn cute!

Nendoroid Figures are distributed at random. You can’t choose what figure you receive. Each set of figures includes five characters with one variant. There’s also a “secret” figure, allowing for a total of eleven possible figures. I was lucky enough to receive the secret character for this set: Mikuru in her frog cosplay. ^_^

Originally, I only bought one figure; Play-Asia was taking pre-orders months in advance for the “Volume 2” character set, of which Frog-Mikuru was a part. More recently however, I was browsing import site JList and discovered that they had three figures from the (more desirable) “Volume 1” character set. I ordered two, which arrived just today.

One of the neat aspects of the Nendoroid figure series is that you can mix and match character body parts if you own multiple figures. As you can see, I didn’t even bother assembling all of the figures correctly before taking pictures. Haruhi’s head is now squarely on the shoulders of Mikuru’s frog cosplay, while Mikuru (still wearing the frog hat) is sporting the latest Japanese Schoolgirl fashions. The final figure is assembled correctly, due mostly to lack of imagination. 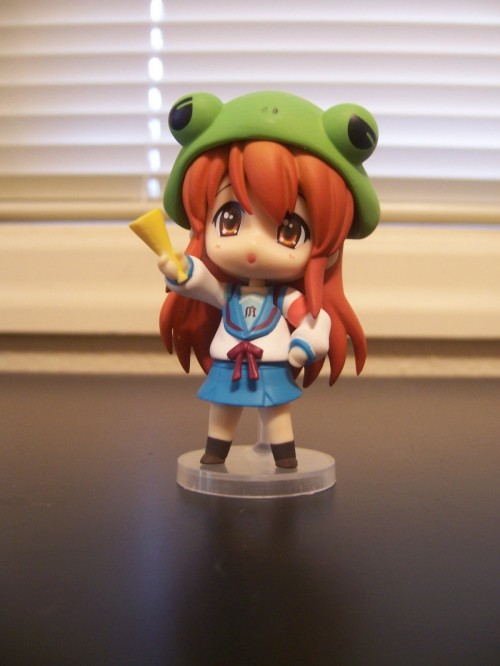 A closer look at the new SOS Brigade leader.

I think, rather than clutter up my room, I’m going to be bringing these girl to work and liven up my cubicle some more. I think they’d be good company for Domo.