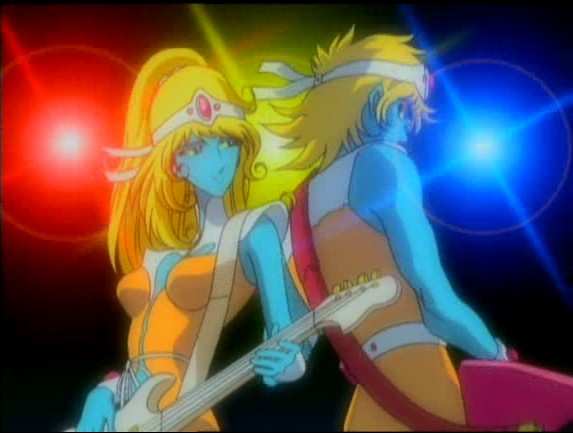 Techno group Daft Punk seems to have had a resurgence in the last 6 months or so, thanks to the Kanye West song “Stronger” and the popularity of YouTube videos such as the Daft Punk Girls and Daft Hands. But I’ve known about the band since about 2002, when songs from their album Discovery – notably “One More Time” – began playing on the airwaves. I own the album in fact, and have for years, so I thought I would take a moment to mention something else Daft Punk related.

Interstella 5555, aka The Daft Punk Movie

Anyone who has seen the original four music videos for Daft Punk’s Discovery album will be familiar with part of the movie, thought perhaps unknowingly. These music videos – One More Time; Aerodynamic; Digital Love; and Harder, Better, Faster, Stronger – are actually the first four parts of Interstella 5555. According to the Wikipedia article on the film, the band actually conceptualized the movie as they were writing the music. The movie, therefore, is very much a visualization of the album itself. The tracks play in order with no dialogue and very few additional sound effects added. As a musical, I can’t say that it’s the greatest I’ve ever seen. The plot is pretty nonsensical, and not all of the songs are terrific (personally, I feel like it loses strength after the first seven). The visuals however are great. Even if not every track is a winner, the animators have taken great care to match the tone of each track to the visuals on screen. I think of the entire movie, my favorite was part six: Nightvision/Superheroes. If you have the opportunity, enjoy techno and anime, or maybe just have some time to kill on YouTube (where I watched the movie), give it a look.

To give a taste, I’ve posted part four, “Harder, Better, Faster, Stronger,” for your viewing enjoyment.

Edit: Apparently, you can buy each section of the movie (as music videos) in the iTunes Music Store while browsing Daft Punk’s music. Enjoy!