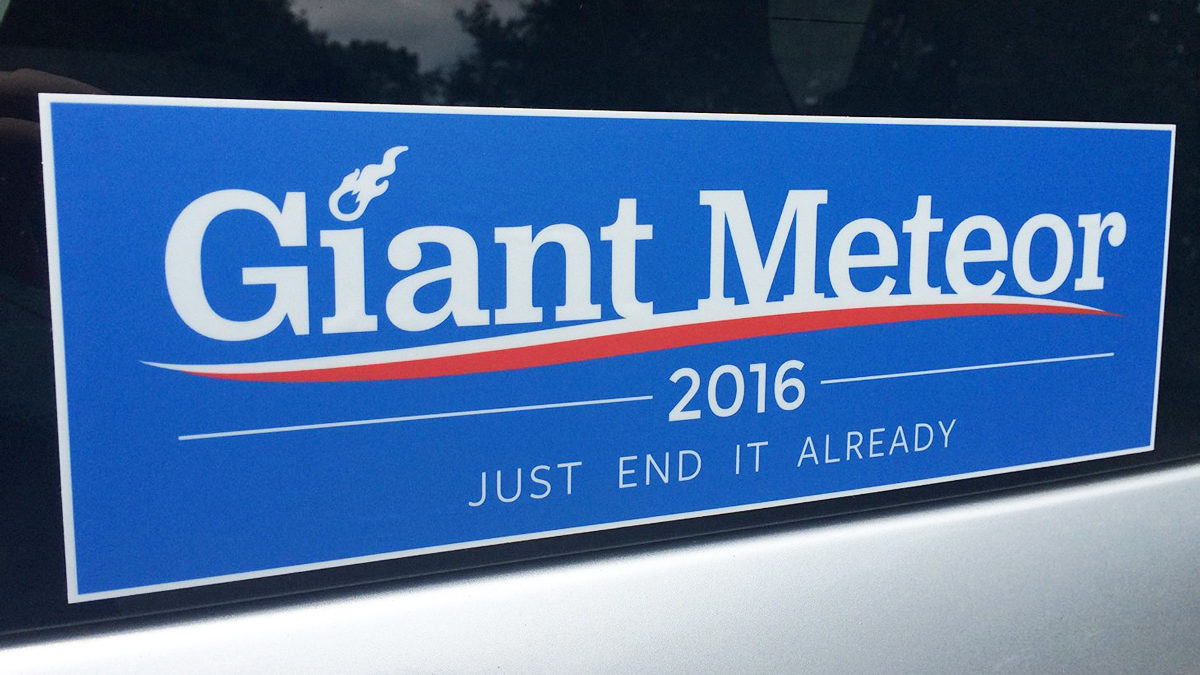 Tomorrow – November 8, 2016 – is Election Day in the United States. This will be the 3rd Presidential election I’m eligible to vote in, and my emotional state this year is quite a bit different than in years past. In 2008, I went to the voting booth filled with youthful optimism. In 2012, I was utterly ambivalent. And this year, I am overcome with anxiety because Donald Trump may actually win this election.

Having been both a Republican and a Democrat during my short time as a registered voter, it’s fair to say I haven’t always liked the candidates running for political office. At times, I have vehemently disagreed with their policy positions. At others, I believed that a given candidate was insufficiently prepared to hold such an important political office. But through each election, I never doubted the ability of any presidential candidate – from John McCain and Mitt Romney to Barack Obama, Hillary Clinton, and even Bernie Sanders – to safely lead the country through their four year term. Certainly, I never had reason to fear the election of a given candidate.

I am afraid of Donald Trump though.

If you aren’t afraid of what this man could do as POTUS – or in anyway think that he and Hillary Cllinton are equivalent on the so-called “evil scale” – then you haven’t been paying attention. This is the man who over and over again has shown himself to be categorically ill-tempered and generally unfit for such an important office. He started his campaign by calling Mexicans drug dealers and rapists (though some, he assumes, are good people). He said during a debate that he would throw Hillary Clinton in jail if he had the power of the presidency. He told Chris Matthews that women should be punished for having abortions. He opined during a rally about “the good old days” when protesters would get assaulted by police. He claimed that Global Warming was a conspiracy perpetrated by the Chinese. He has repeatedly praised dictators and strongman leaders like Vladimir Putin, Kim Jong Un, and Saddam Hussein. And he lies ALL THE TIME: after he told the entire world on Twitter to watch a nonexistent sex tape of a former Miss Universe, he then denied ever doing so on national television.

Donald Trump cannot be elected to one of the most important political positions in the world tomorrow. He is a threat to the very foundation of American Democracy. Another eight years of George W. Bush would be preferable. The desiccated corpse of Richard M. Nixon could run the country better than this wannabe strongman. Love her or hate her, Hillary Clinton is infinitely more qualified.

So I implore you: go vote tomorrow if you haven’t already. Go vote for the candidate that can actually stop this madness before it’s too late.