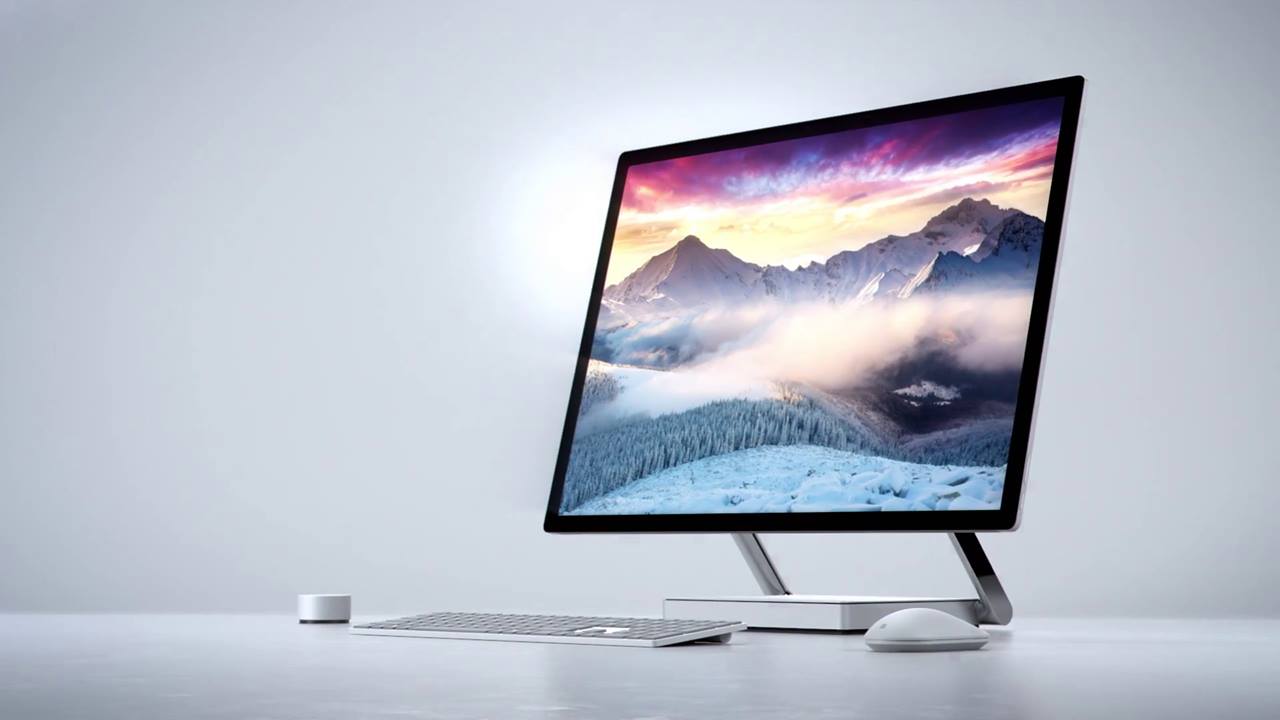 Microsoft’s new all-in-one desktop PC – the Surface Studio – is an absolutely gorgeous computer. If I had a home office and $3000 burning a hole in my pocket, I probably couldn’t order this computer fast enough. I’m not a digital artist or anything like that, so I don’t really have a burning need for the drawing capabilities, but my girlfriend (an Architect-in-Training) says that she could theoretically see herself using the Surface Studio if she did more drafting at work. What I think is most striking, however, is that the Surface Studio feels like the kind of computer that Apple should have built.

And there’s no denying the Apple could have very easily built a desktop computer in the same mold. Not only does the computer look like the lovechild of the iMac and iPad Pro, but even the product video comes straight out of Apple’s playbook, minus Jony Ive’s slow, rhapsodic narration. I have to imagine that someone in Cupertino watched that announcement and said “why didn’t we build that?!” They already have the technology to build a giant 28-inch iPad screen (an iPad Super Pro, you might say), along with a stylus… sorry, Pencil that’s at least on par with the Surface Pen. The only possible hurdle would be limitations within MacOS regarding touch and stylus input, but that’s something Apple could easily have fixed in the Sierra update this Summer. So what’s the holdup?

Whatever the reason, it’s putting Apple in an odd place: they no longer seem like they are on the cutting edge of technology and design. In a striking reversal, it’s Apple’s competitors who appear to have all the forward thinking ideas. Microsoft has spent the last five years building increasingly excellent tablet/laptop hybrids, as well as investing significant resources into developing an Augmented Reality (AR) headset. Amazon and Google are both developing robust personal assistants that live within speakers as well as smartphones, which could reduce the relevance of Siri if Apple doesn’t make a move soon. And there are a seemingly countless companies investing in Virtual Reality (VR) – including Facebook/Oculus, Microsoft, HTC/Valve, Google, and Sony – and yet Apple hasn’t so much as dipped their toe in the waters. This last omission is particularly egregious, as Apple has both a tight hold on the mobile gaming market through the App Store and a strong relationship with game developers, many of whom I’m sure are champing at the bit to develop VR games for the iPhone.

Meanwhile, Apple’s biggest contribution to the future of technology is removing the iPhone’s headphone jack.