Sacramento, CA has a bi-annual anime convention appropriately titled Sac Anime. The Con isn’t very old, and I’ve known about it for a few years, but never actually got around to going. But this year, the event happened to coincide with me moving back into the campus dorms. Not only that, but the hall Sac Anime is held in is within walking distance. Having missed out on the first two days of the convention already, I set out early this morning to partake in the festivities.

I came mostly to take lots of pictures of the cosplayers. When I browse Flickr, I see tons of great (and not so great) cosplayers from around the world. but I wasn’t sure what the costumes would be like at such a small con. Let’s just say I was pleasantly surprised. 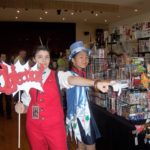 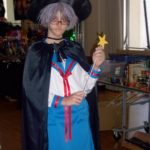 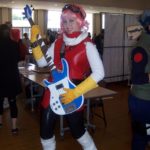 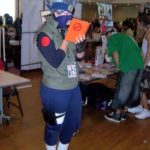 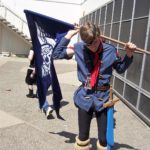 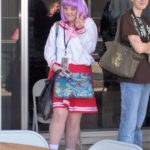 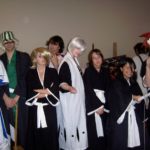 Award for most hardcore cosplay definitely goes to Vyse from Skies of Arcadia.

I was quite surprised to only see one cosplayer each for both Lucky Star and The Melancholy of Haruhi Suzumiya. I suppose the fandom has moved on, but at the same time, I could swing a cat in that convention center and hit half a dozen Death Note cosplayers.

While there was definitely some mediocre cosplay at SacAnime, I was overall impressed with what the attendees were wearing. And I didn’t even get pictures of all the best ones. There were a couple Gaara cosplayers that really struck me, including a girl dressed up as child Gaara. So despite its small size, SacAnime is no slouch when it comes to phenomenal cosplayers. I’ll definitely come back next time, and perhaps even take part in the dress up.