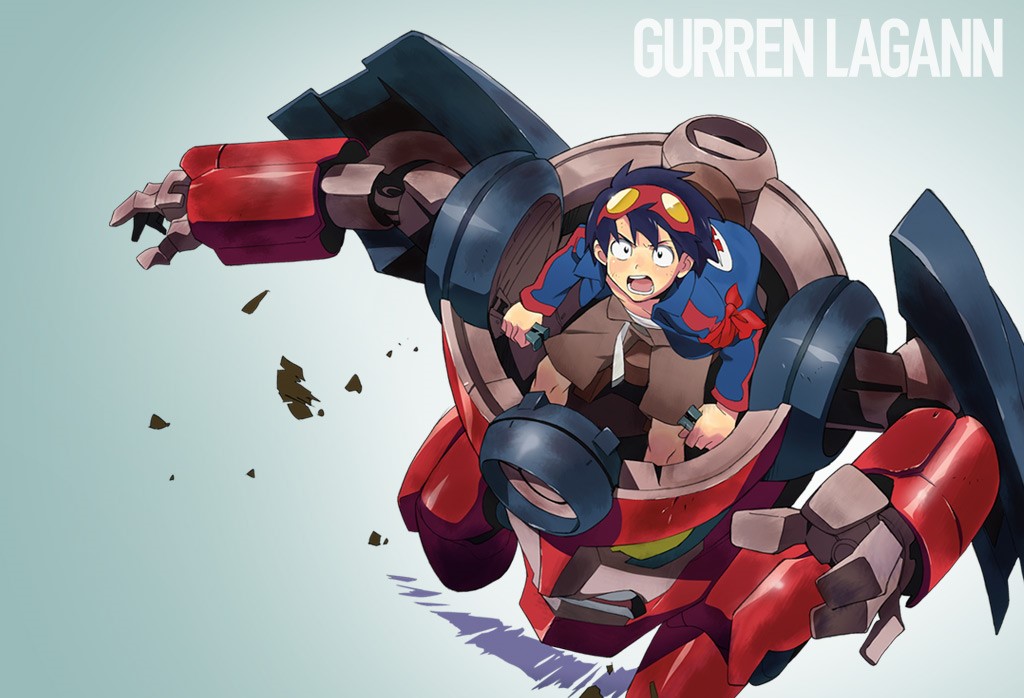 Attention, Anime fans: the Sci-fi Channel is showing the English dub of Gurren Lagann Monday nights starting tonight @ 11pm. You can learn all the details from the Anime News Network.

I just finished watching the Japanese subs this weekend and I was very impressed. In fact, I tweeted about it extensively afterwards. The show, which is a somewhat satiric take on the Shounen and Mecha genres, is actually one of the best entries into both genres in recent years. Everything fun and ridiculous about shounen Anime is present: the child hero, the brash comrade, the curvy vixen, a time-skip, and more over-the-top battles than you might ever need. Genre cliches abound, but there’s enough substance to keep even the most jaded Anime fan watching. Don’t miss it!